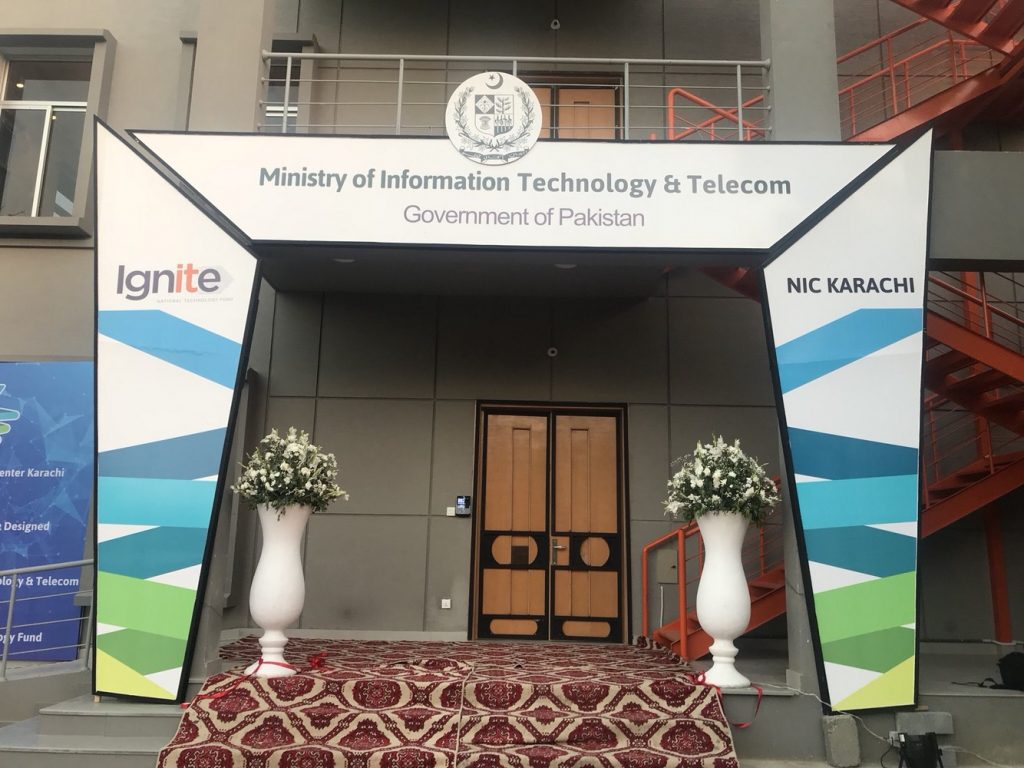 Prime Minister of Pakistan, Shahid Khaqan Abbasi has inaugurated the National Incubation Center (NIC) Karachi at the launch ceremony held at NED University of Engineering & Technology on 11th May.

Jehan Ara believes that successful exit stories will help attract investors to inject more finance in the local entrepreneurial ecosystem. While sharing success stories of their respective incubators, Jehan and Sherjan identified that Pakistani millennials are passionate to solve social problems with entrepreneurship. Be it education, healthcare or social inclusion, young entrepreneurs of the country relate to grassroots problems and are driven to solve them.

With incubators being the guiding force, these startups are smart enough to figure out the right way. Sherjan highlighted that it is essential to expose “Generation Z” to the driving factors behind fourth industrial revolution such as machine learning and AI. Summer programs launched by NIC Lahore and The Nest I/O are putting rigorous efforts to provide that tech entrepreneurial exposure to teenagers.

Azmat shared that PPAF has been working for 18 years to drive economic empowerment through grassroots intervention and community initiatives. PPAF has recently entered the local entrepreneurial ecosystem to see how startups can bring financial inclusion to the underserved communities by not only alleviating poverty but also facilitating them to seek sustainable solutions. Azmat believes that it should be a two-way road to generate impact. The ecosystem will have to drive the financial empowerment of the community and in turn, the community will become the customers of the ecosystem.

Adnan Shahid shared the motivations of PTCL to contribute towards the local entrepreneurial ecosystem. He highlighted that PTCL is the closest to the common public, be it landline, broadband or entertainment services. Therefore, the telecom company wants to engage with entrepreneurs to drive innovation across all platforms.

He cited an example of a startup that has revamped the user interface of their Smart TV which has resulted in 60% increased engagement from the customers. Shahid wants PTCL to be the first customer of various startups being nurtured across National Incubation Centers, to boost their confidence and help them gain further customers by validating their solutions.

The panel discussion was followed by the arrival of Prime Minister, Minister for IT and Telecom and Minister for Finance. CEO Ignite, Yusuf Hussain welcomed the audience to the launch of fourth NIC in the city of Karachi. He shared the journey of Ignite and MoITT through which they have been able to launch four incubation centers in just a year and two months. He is hopeful that NIC Karachi will be able to work towards not only to solve the challenges of the city, but also impact the province.

Shahjahan Chaudhry, Program Director NIC expressed gratitude on behalf of LMKT and his team for all support provided by the public and private entities towards NIC Karachi. Chaudhry envisions NIC Karachi to be an open space that empowers young entrepreneurs of the city to build disruptive social innovations that address poverty and various urban challenges of the city. He believes in the potential of Pakistani youth to impact their communities. He also referred to the contributions of Sabeen Mahmud for Karachi and thanked Anusha Rehman for making NIC Karachi possible.

Sarosh Hashmat Lodi, Vice Chancellor of NED University believes that NIC Karachi will become the hub of innovation with its access to various high functioning labs at NED University that include Pakistan’s first Virtual Reality Lab, Research Center on Artificial Intelligence, Center for Cybersecurity and Center for Data Analytics. He also shared the million dollar success stories of the alumni who made it big in the Silicon Valley such as Raghib Hussain of Cavium, Idrees Kothari, Safwan Shah and many others.

Anusha Rehman, Minister of Information Technology & Telecom, shared her thoughts on the journey from inception to realization of the National Incubation Center Program. She acknowledged that NIC Karachi was to happen sooner, however, they are still on track with four centers already launched across the country and the fifth following in Quetta on 30th May. With the DigiSkills Program and ICT4Girls Initiative, Rehman indicated the government’s vision of Digital Pakistan. She also shared that mobile broadband penetration has remarkably increased from three percent to 38% through the untiring efforts of MoITT.

Shahid Khaqan Abbasi, Prime Minister of Pakistan revisited the efforts of the government to provide avenues for youth empowerment through digital skills and entrepreneurial programs. He defined Karachi to be the heart of Pakistan and said. if the city prospers, Pakistan prospers. He also announced tax exemption and major financial benefits for the local IT Sector.

Led by LMKT, NIC Karachi is a public-private partnership between PTCL, Habib Bank Limited, Pakistan Poverty Alleviation Fund and NED University of Engineering & Technology. The center has been funded under the National Incubation Center Program of Ministry of IT & Telecom and Ignite, formerly known as ICT R&D Fund. 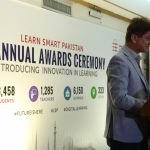