Net Neutrality is a much bigger issue than Cyber Crime 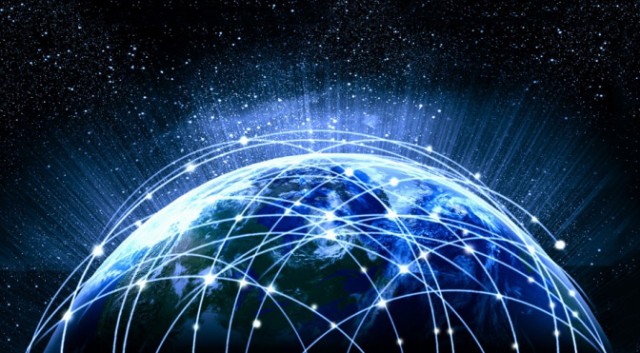 What is Net Neutrality?

The guiding principle to the preservation of a free and open internet is “Net Neutrality”. It means that ISP’s may not discriminate between different kinds of content and applications online. It guarantees a level playing field for all websites and internet technologies.

In Pakistan, many would argue the concepts mentioned would be nonsensical and idiotic. Our telecom and internet sector is predominantly dominated by PTCL; one of the largest providers of fixed line telephone, broadband and wireless internet services. Besides being in the business of providing the aforementioned services, PTCL is also involved in leasing bandwidth to all major ISP’s operating in Pakistan.Majority of the submarine cables landing in Pakistan, are owned by a consortium of telecom companies including PTCL which is a major stakeholder in it.

Besides it, the only other company providing bandwidth leasing services to ISP’s is Transworld Alliance i.e TWA. This gives PTCL a whopping control over the whole telecom sector. It stifles competition and gives them absolute price setting power and ability to manipulate the market to their whim. Since the advent of mobile providers like Telenor, Warid and China Mobile, the market opened up to healthy competition bringing down the call rates that were quite exorbitant before the deregulation of the telecom sector in 2004. Before this, Mobilink was the sole provider of GSM services in Pakistan for almost 10 years since 1994/95. It virtually controlled the Pakistani market in the presence of providers like Paktel and Instaphone.

How PTCL is trying to benefit through its monopoly?

The critical aspect to understand is the unlimited control that PTCL is exhibiting in the realm of internet services in Pakistan. A key indicator is the growing use of VOIPs and preference of cellphone usage in Pakistan. Due to low calling rates, the use of fixed line telephony services has dwindled in comparison to the ease of access offered by cellphones. This has hurt PTCL revenues sharply in the last decade since it was sold to Etisalat in 2005. Due to the exponential growth of smartphones and widespread Wi-Fi internet access availability in the urban areas, the use of VOIP services like WhatsApp, Skype, Viber has grown tremendously. Due to the ease of convenience it offers and the biggest thing is, it are free! As per net neutrality, PTCL should be offering a level playing field to all competitors and not prioritize their fixed line services which is in effect; detrimental to the consumer.

Due to exponential growth in VOIP services, PTCL, for example, could block the ability to make calls over Skype to landline numbers abroad which could amount to violating the principles of net neutrality. Degradation in services like Skype and Viber which people use to contact their loved ones abroad could cause significant hurdles for consumers. It forces them to use fixed line or wireless telephony services to contact them instead. Alternatives do exist, but the majority using Skype or Viber like applications do not possess the knowledge or are tech savvy enough to determine which other services to use instead.

PTCL inked an agreement with Dailymotion last year as cited here. This is a primary example of how Dailymotion could get prioritized access to internet traffic at the cost of its competitors Vimeo and the others. Since PTCL is the dominant force in the internet industry with the most users across Pakistan this agreement is a contravention of Net Neutrality laws.

Videos streamed on Vimeo or others would slow down to a crawl, suffer from buffering issues frustrating the end user and forcing them to opt for alternatives like Dailymotion which would work perfectly sans the agreement with PTCL. This would stifle competition and in a burgeoning internet nation like Pakistan will be of primary concern to the rising startups which would be looking for a slice of pie in this space. Emerging startups considering entry into the ICT sector will be predominantly overwhelmed by this kind of space and will hurt innovation so to speak.

Recently Ufone has made an announcement that they will be charging a certain fee for WhatsApp calls made on 3G services.For users, this would mean paying Rs 20/MB consumed for every WhatsApp call they make. An average WhatsApp call is told to consume 1.3 MB of data per minute. Effectively, you will be paying Rs 20 a minute which is equivalent to making a phone call via your Mobile network to UK mobile which costs around Rs 15 a minute approximately. This contravenes the principles enshrined in Net Neutrality. This amounts to minimizing the options available to consumers at their disposal; forcing them to make calls via their respective cellular carrier.

All the calls made through the cellular carrier would of course be subject to charges depending on where the user is, whereas WhatsApp to WhatsApp calls are free irrespective of geographical location for which internet access is mandatory. For people in low income brackets, Whatsapp to Whatsapp calls especially for those whose loved one’s are working abroad gives them an option to communicate for free as opposed to the heavy tariff charged for calling overseas by incumbent cellular providers.

How Net Neutrality can effect Startups in Pakistan?

We are finally seeing the uprise of startups in Pakistan but with the recent progress on net neutrality. Startups like Taazi and Patari can be effected very much negatively. Their business model will be affected in hindsight that a lack of Net Neutrality laws would impact their very existence. The best thing about Internet is it’s accessible to everyone without any kind of discrimination, which means that anybody can start a business from the comfort of their home and do whatever they want with the internet. Mind you, limiting net neutrality will drastically effect the innovation, freedom and openness which means death of many startups as well.

Now is the time, that we take a stand for Net Neutrality or else it will be too late. You can share your thoughts with this hashtag #PKWantsNetNeutrality on facebook and twitter. 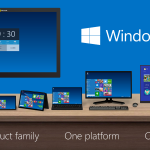