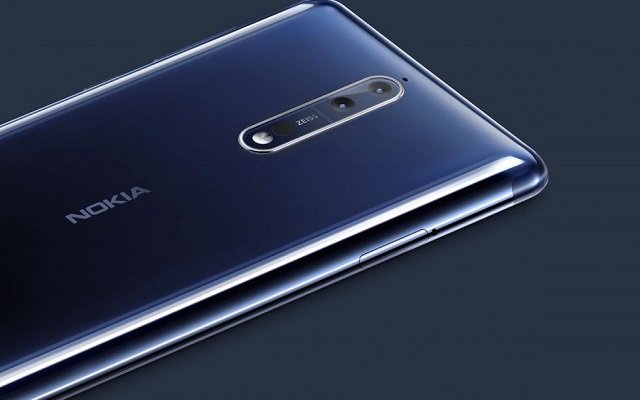 Fresh leaks reveal a new Nokia flagship with an edge-to-edge display. The device has 3 cameras aligned vertically on the back panel, with an LED Flash just below the lenses, there is no fingerprint sensor on the back and the leaks do not show any signs of a front in-display fingerprint sensor but chances are high it will support an in-display sensor since there is no front camera for face unlock. Furthermore, the back panel of the phone is made very reflective which indicates that it is made up of glass and will support wireless charging. 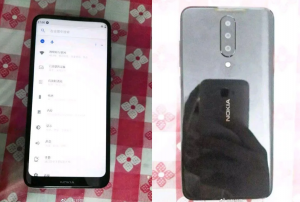 The name of this device has not been revealed yet, but speculations suggest that this phone is not Nokia 9, since Nokia 9 is coming with a five-camera setup. The device has a tall 19:9 aspect ratio with thick side and bottom bezels.

The only weird thing about this device is that there is no front/selfie camera. The leaks did not show any indication of a motorized front camera set-up and neither a punch-hole in the front for an in-display camera. The phone doesn’t support dual screen so the chances of releasing a Nubia X-like phone where the rear camera is used as a front camera are also close to none. The phone is expected to come with a Snapdragon 845.

Due to the unavailability of information, no other specifications of the phone could be identified.