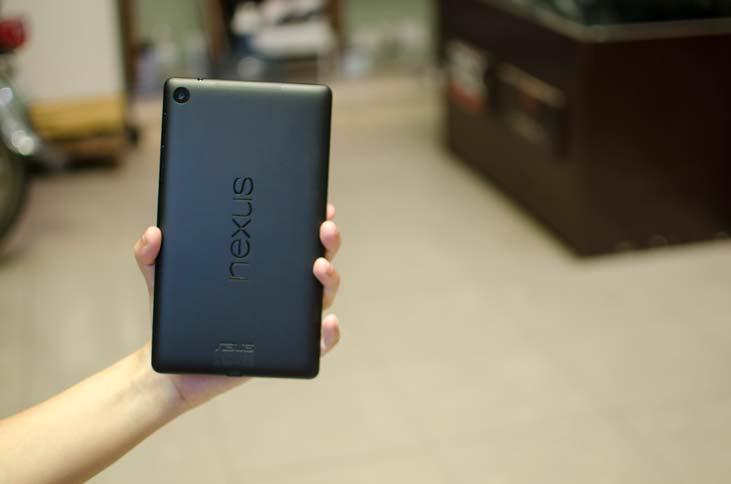 Nexus 7 (2013) is unquestionably one of the best 7 inch tablet you can have right now. Being a Nexus device, Android OS works flawlessly and fluently on it, as Android is perfectly optimized on Nexus Devices. I have been using this device for more than a month, and I can assure you that you won’t regret your investment.

Nexus 7 (2013) is a finely built device and doesn’t feel anything less than premium. The front of the device comprises of gorilla glass panel, beneath which is 7 inch HD IPS Touch Screen; above the screen is a 1.2 MP front facing camera. There is also proximity sensor above the camera lens and an LED light for Notifications. The back of the device is made of rubberized plastic which has a soft touch to it. It also holds a 5MP back facing camera, glossy Nexus logo in landscape orientation and two stereo speakers. The right of the device features power button as well as a volume rocker, along with the microphone and bottom of the device hosts a USB sync and charge port. 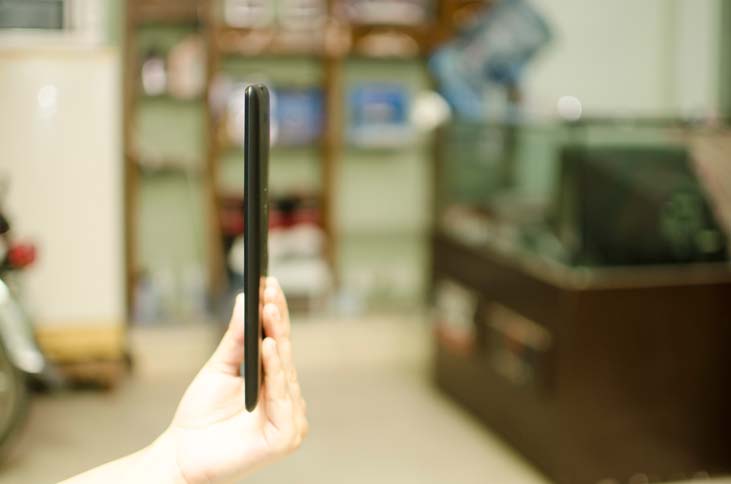 Obviously the device runs Android but what makes it different from other Android Devices is stock android, android 4.4.2 Kit Kat which is the latest version available. Stock android is itself way better than skinned versions of Android: it is light, fast, slick and attractive enough. There is also the UI overhaul which makes the Stock Android more loveable. Apps, of course you can access every app on the Playstore, as long as it is not region locked. The overall experience with the Stock Android on this device is splendid, and it feels like Android has been made especially for this device. 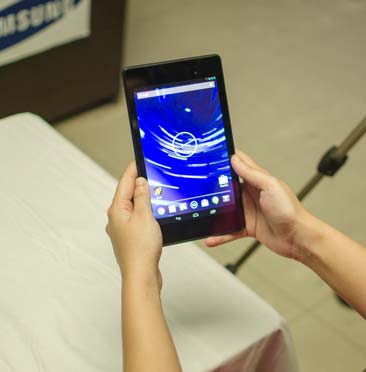 The device runs on 1.5 GHz Quad Core Snapdragon S4 Chipset, along with 2 GB of RAM and Adreno 320 Graphics. While these specs are not the best on the market, there is Literally Zero lag around the whole system: everything is smooth and fast.  Even some high-end devices lag. Web browsing experience is wonderful, there is no delay while panning or zooming through the web pages and the device even handles heavy web pages with ease. Apps perform at their full potential, thanks to the raw power of 4 Krait Cores. Multitasking is real on this device, particularly because of 2 GB of RAM. It plays heavy games like Asphalt 8 on full high settings with no lag or stuttering, due to Adreno 320 GPU.

The device features a host of connectivity options, which includes Wi-Fi a/b/g/n and Bluetooth as standard. NFC is also present on the device. The Micro USB port on the bottom supports USB OTG. The Wi-Fi reception is exceptionally good; I was able to form a stable connection between distant networks with ease. An LTE variant of this device is also available; good for those where they have LTE connectivity. 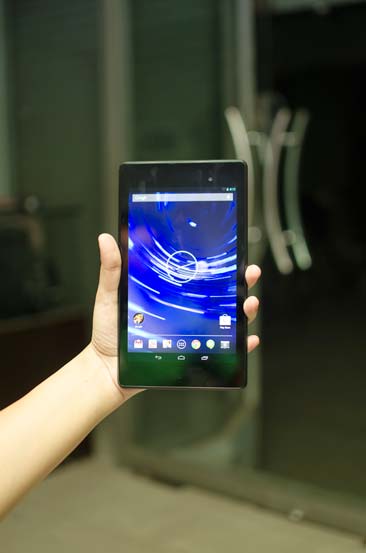 The most liked feature of this device is its display. It is a 7 inch IPS Panel with a resolution of 1920×1200 which makes a pixel density of eye popping 323 ppi. The colors are very accurate, movies look marvelous, images are wonderful and texts are very crisp. Over all experience is very comfortable to eyes. The sound on the device is produced by the stereo speakers on the back of the device, it’s not the best in its kind, but it gets the job done, something that you would expect from a tablet. It is good enough for Skype Conversations and some music.

This device is powered 3950 mAh battery, which provides plenty of juice. On a single charge, the device lasts two and half days, which includes intensive web browsing, occasional gaming, magazine reading and movie watching. It is that good at power consumption. The standby power consumption is literally zero, if you leave it at night on 50 %, you will wake up with to find 50 % intact.

So far, my overall experience has been great with this device. Being a Nexus device, it receives the updates at the earliest. The performance is great, although it doesn’t support the most high end internals. It features a great screen to watch movies and browse web on and has a great battery life. As of right now, I would personally recommend this device if you are planning to go for a 7 inch tablet.

10 successful startups you don’t know about