NUST emerges among the youngest top 150 universities of the world

According to the Times Higher Education’s ‘Under 50 Rankings 2016’, National University of Science and Technology (NUST) is the only Pakistani university to join the top 150 universities of the world under 50 years of age.Standing at 101, NUST has proudly joined the league of youngest top universities for its international standards, esteemed faculty and rigorous research initiatives.

In contrast with the world rankings where universities hailing from USA and UK occupy a major chunk on the scoreboard, Time’s 150 Under 50 has put a limelight on universities belonging to European, Asian and Australian regions. École Polytechnique Fédérale de Lausanne (EPFL, Switzerland has topped the rankings while Asian universities that have made to the Top 10 include: 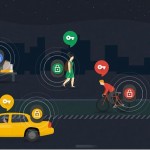