OnePlus 7 Pro is no more the world’s fastest phone, meet the new champion 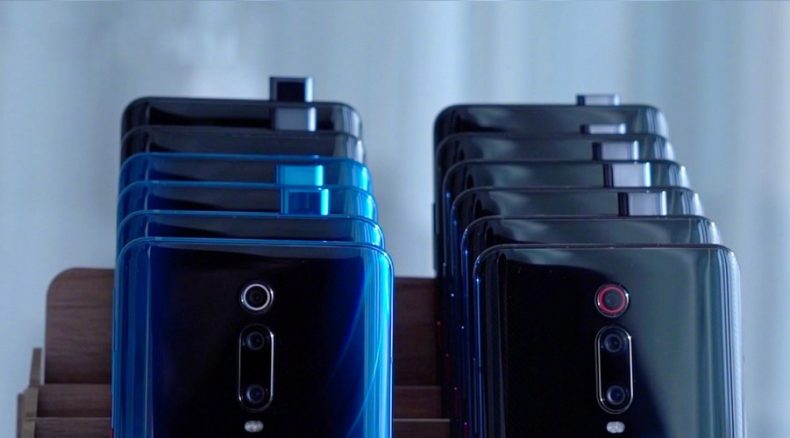 We all have heard that OnePlus 7 Pro is insanely fast, and holds the title of world’s fastest phone but not anymore. According to the latest AnTuTu scores, another Chinese phone maker Xiaomi has dethroned the flagship killer with its recently launched Redmi K20 Pro.

Xiaomi has been plugging AnTuTu figures for quite a while now. And as per a new development, an overall score of 388,803 makes Redmi K20 Pro outscore every other smartphone in the market today, with Xiaomi calling it the “world’s fastest phone.“

Xiaomi’s strategy with its latest flagship Redmi K20 Pro seems quite blunt. The Chinese phone maker wants to show its customers across the globe that its device is just as fast (if not more) than the OnePlus 7 Pro at nearly half the cost. As the tech giant posted on Twitter;

It is important to note here that Redmi K20 Pro is the most affordable flagship phone in the market that features the Snapdragon 855 chipset. The phone packs almost everything that OnePlus 7 Pro has, with the phone featuring a 6.39-inch FHD+ OLED display and an in-display fingerprint sensor.

It would be interesting to see if Xiaomi has made any meaningful changes to its custom Android skin MIUI to make it smoother in real-world usage, and whether the Redmi K20 Pro will show ads in the interface like all other Xiaomi phones or not. The phone is likely to make its debut next week in India and that’s the time you will get to see what actually it’s made of.

previous
FIA arrests PML-N’s youth wing leader over hateful content on social media
random
next
Up For Debate - How effective are Incubators in Pakistan for startup growth?
Trending Posts