In June 2020, Oppo had introduced its Air Charging technology which was demoed a year later at MWC Shanghai. The technology was showcased with their latest range of Oppo X in a 30-second video.

The video gives an insight into the coming future of how contactless technology will disrupt the tech industry very soon. It primarily shows how a phone can be charged easily without the need to any placing the device onto any panel or connecting it to any cable.

So far, much detail into the implementation of the technology has not been revealed. However, according to the Digital Chat Station (shown below), the charging supports multi-angle and its power can reach up to 7.5 W.

A previous implementation called ‘FreeVOOC’ was done in April 2020 where the charging power between 5-10 W within 10 meters through the reliance on special embedded coils on the phone. Though this method is not suitable for commercial purposes, it does give an overview of how contactless charging will adjust with the current generation of smartphones. The air charging method is still not available in commercial form but will be out on the market very soon.

However, Oppo is not the only company to achieve this form of wireless charging as Xiaomi had developed a true wireless charging system that can charge compatible devices across an entire room. The system is said to send transmit beams with a power of 5W to devices that are within the device’s range.

It’s only a matter of time when other tech giants will develop and implement this new form of wireless charging for their flagship devices. 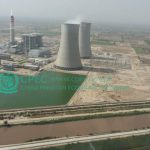