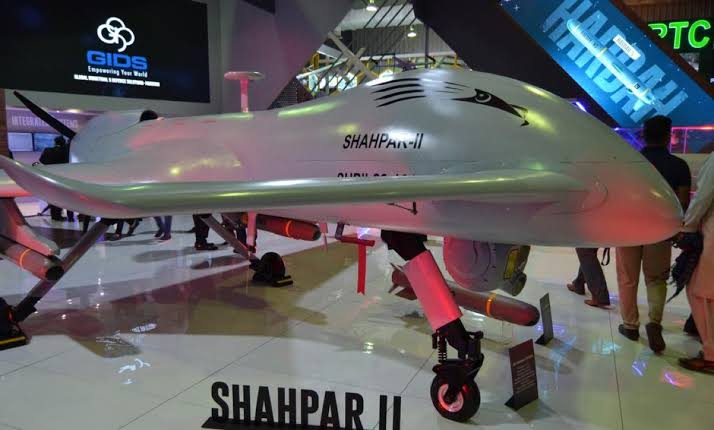 At the International Defense Exhibition and Seminar IDEAS 2022, countries worldwide showcase their ‘unnamed combat aerial vehicles (UAVs) that play an incredible role in warfare. The arms exhibition IDEAS was held in Karachi between November 15-18.

Pakistan also took part and showcased its fighter jets in the exhibition when it became aware of the role of combat drones in 21st-century warfare. The initiative was taken when American drones began conducting strikes against terror outfits in Pakistan and Afghanistan border areas.

After the UK, the US, and Israel, Pakistan became the fourth nation to deploy UCAV successfully. Whereas operation 2015 eliminated three high-profile Tehrik-i-Taliban Pakistan (TTP) terrorists in North Waziristan’s Shawal Valley. 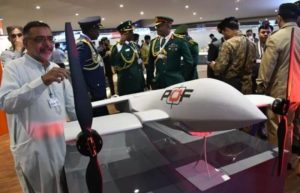 However, the Shahpar-2 is a modified version of Shahpar-1. Shahpar-1 gifted to Pakistani Army and Air Force in November 2013 for use in ISR missions and to help with disaster management.

Besides, Shahpar-2 can attack and can fly up to 1000 kilometers to hit its target. Moreover, it can fly at 222 kilometers per hour (kph). Furthermore, it takes off speed ranges between 148 to 158 kph. If we talk about its data link range, it has a capability of 300 kilometers. It can restart its engine during flight and contact satellites in any campaign.

The drone came to public on 23 March 2021 during the Pakistan Day Parade. According to Asad Kamal, CEO of GIDs, the government told him to gradually develop the technologies in the country, for which Pakistan depends on foreign countries.

After getting the notification, we worked on our next plan. However, our Army requires a system that cannot only identify the target but also circle it and destroy it.

Moreover, he added that when you assemble technology or obtain it from any other nation, the other country stops providing you with the facilities after some period. Therefore, the product will not complete, and you cannot use it yourself. Thus, Shahpar-2 has been created in Pakistan and cannot be recovered.

Ababeel is another creation of Shapur, Pakistan Ordnance Factory. The attack variants of the drone were also a part of  IDEAS 2022.

Apart from this, IDEAS had many other inventions, MR-5 drone was another creation. It has an ability to fly at a range of 30 kilometers at 45 kilometers per hour.  with two mortar shells, one with 16 millimeters and the other 18 millimeters in diameter.

Ababeel V-5 was another variant, which has a vertical take off and landing ability. It is a high speed drone that fly at 120 kilometers per hour and stay in the air for around 2-3 hours.

Pakistan has accomplished its goals of producing high-tech drones. Therefore, Pakistan has planned to export it’s combat drones to other countries. Earlier, GID’s Shahpar-2 was also at the Egypt Defense Expo (EDEX), 2021.

Alas, Pakistan Ordnance Factory  has sold its weapons worth more than $ 30 million to more than 40 countries. 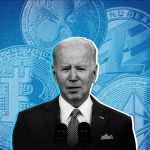