These 9 Pakistani Startups are making an impact and you should definitely know about them! 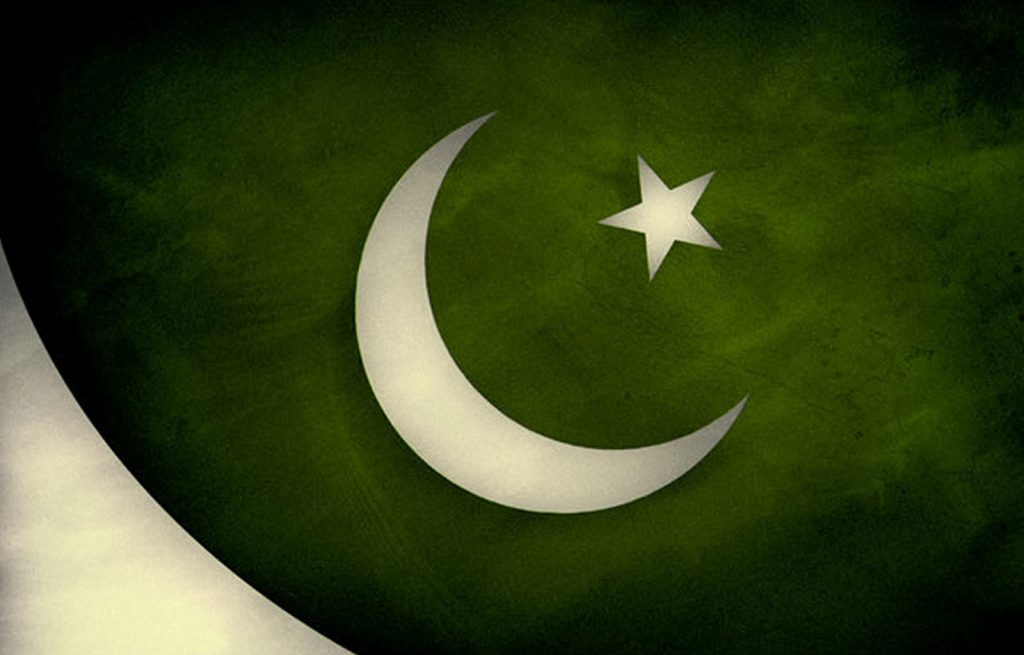 Disclaimer: The startups are not ranked and this is not an exhaustive list.

Pakistanis are, without a doubt, a talented and creative bunch. Just this month Sameed Muhammed, a young Pakistani physicist, led a breakthrough discovery in Physics with his team at CERN and Unaiza Barlas, a 20-year-old, clinched the Guinness World Record for making the longest comic strip.

Pakistanis are coming up with innovative solutions to solve the various issues our country is faced with. Our artists use visuals to draw attention to important issues, writers use their words to tell important stories, doctors use their skills to treat the sick, and entrepreneurs who develop innovative solutions for pressing issues. Pakistan’s startup industry is still in its nascent stage. Several startups have lifted and vanished in front of our eyes. Being an entrepreneur is a constant struggle and there are numerous startup founders out there trying to make a lasting impact. Here is a look at some Pakistani startups making a difference!

Healthcare startup ProCheck, founded by Saim Siddiqui, is tackling a pressing issue in Pakistan. Fake and counterfeit drugs are a huge menace and ProCheck is striving to put an end to it using ‘serialization’. Serialization involves printing unique codes on medicines that can help doctors and patients identify it as genuine. The Punjab Government and DRAP are also acting swiftly on this and have finalized drafts to make serialization mandatory for pharmaceutical products in Pakistan.

ProCheck has booked orders to protect over 50 million units of medicine and is expecting to double this number by this year’s end. The startup has had a very good year so far, raising $250,000 in seed financing from Sarmayacar in April.

People living in remote locations in Sindh, Punjab, and Balochistan face severe droughts and strive to find water for drinking and everyday usage. Goats for Water is a startup that is solving this issue in the most unique way possible. Led by Fariel Salahuddin, Goats for Water installs water pumps for people living in Pakistan’s deserts – but at a cost.

People living in these areas are mostly animal herders and do not have money to afford the water pump themselves. Goats for Water has come up with an interesting business model wherein they charge the desert locals in terms of goats. This means that the locals give up a certain amount of their goats in order to get a solar-powered water pump from the startup. The goats that the startup receives are then sold on occasions like Eid or to other interested buyers. The money which comes from selling these goats is used to finance water pumps in more locations.

Earlier this year, Goats for Water installed its first water pump in Sindh and in June they installed another pump in Tong which will provide water to 1,400 people in 200 households. The startup is also expanding its services to other developing countries.

If you’ve ever had to sell your car you’ll know how difficult it is to get a correct opinion on its sale price. If you lack connections, it is even more difficult to find the right buyer. Co-founded by Raja Murad Khan, CarFirst is a startup that makes the selling of used cars very easy.

People interested in selling their car just need to enter the car details on the website and it will be inspected for free. A physical examination can also be booked. Upon inspection, the CarFirst team will quote you a price on which they will buy it from you. If you agree to the sale price, the entire inspection, payment and transaction process takes just one hour. This is a very quick solution compared to the car deals we broker ourselves. The used cars that CarFirst buys from sellers are then bought from CarFirst by their strategic partners.

Back in June this year, CarFirst raised a hefty round of investment in its Series A funding from Frontier Car Group. Since launching last year, the startup has traded close to 1000 cars and is on track to hit the target of 250 cars bought by August. The startup has also introduced a mobile app which is being used by their private network of over 250 buyers daily.

CFX Comics is creating impactful comic series for children in both English & Urdu. It’s co-founders, Mustafa Hasnain, Gauhar Aftab, and Yahya Ehsan, came together to form CFX Comics because they noticed a lack of positive stories and cartoons for young Pakistani children. They felt that children under the age of 18 are very impressionable and have a greater tendency to fall into traps of extremism and radicalization. For such children, they wanted to use their comics to present characters that instill in children feelings of nationalism and patriotism. Pasbaan was the first series of comics they released and it tackled issues of religious extremism. Its copies have been sold in Lahore, Multan, Bahawalpur, and numerous other southern Punjab cities.

Although CFX Comics started off with print comics, they quickly realized that people are consuming digital content more than ever before. Now they have a mobile app and a website where people can download their comics and read them on their mobile devices or laptops. CFX Comics has produced 3 originals comic series called Pasbaan, Haider, and Khilaari with numerous issues between them. They have also partnered with other Pakistani comic creators like Bloodline and Zindaan and have hosted their comics for the followers of CFX Comics to read. They recently partnered with Valient Enterprises, the third largest creator of comics in the world, and have translated their comics to Urdu and published it on CFX Comics.

In the 2.5 years since it started, CFX Comics has reached over 100,000 comic enthusiasts directly and via their partnerships with other companies.

If you’ve heard about Fitbit, you must know that it is a wearable device that improves your health by tracking your activity, sleep cycle, and eating habits. Cowlar, led by Umer Adnan, is a similar wearable device except it is for cows and buffaloes. The Cowlar neck collar uses a data-driven approach to help farmers track the activity of their herd, increase reproduction rates, detect diseases early, and optimize feed. According to the founders of this device, Cowlar helps increase farmers’ dairy output by 15%. In Pakistan, where farmers are very distant from technology, adopting Cowlar could mean significant growth, in not just the farmer’s own yield, but also in Pakistan’s economy. To give you perspective on this, if Cowlar helps increase the average yield by 5% this could add $1 billion to our economy.

Cowlar started its operations from Pakistan but now have offices in Memphis and California. Earlier this year they got accepted at Y Combinator, becoming the second startup from Pakistan to achieve this feat. Back in March the startup also raised a hefty investment for an undisclosed amount.

Pakistan’s energy crisis is a serious cause for concern. Over 140 million people either have no access to electricity or suffer from long power outages. EcoEnergy is a startup that is helping Pakistani people who are severely affected by load shedding or lack of electricity. Co-founded by Shazia Khan and Jeremy Higgs, the startup provides economical and affordable energy efficient products based on different financial models.

EcoEnergy initially offered two important products namely Lantern and Solar Home Systems. They sold 14,000 units of the Lanterns but have now discontinued it to focus on Solar Home Systems for which they have sold over 600 units to-date. The startup has outsourced the production of their products, importing them from a British supplier BBOX. Instead of developing the products, the startup focuses on outreach and customer satisfaction. To-date EcoEnergy’s products have impacted over 90,000 people affected by Pakistan’s energy crisis.

Pakistan is a goldmine for people interested in tourism and site-seeing. Our northern areas are home to some of the most exquisite sites in nature. Co-founded by Junaid Saleem, TripKar is a startup that is promoting tourism in Pakistan by making trip planning extremely easy. Using their web portal, interested people can do hotel reservations, plan their entire tours, and get a travel guide.

The startup has put up the best possible vacation spots, eateries, travel tips on its website with actual tourist reviews for a realistic guidance. Most importantly, their infallible booking policy shields the tourists as well as the hotels from any kind of distrust, fraud, or scam.

In the two years since its launch, TripKar has served thousands of customers and has partnerships with 1,200 hotels in 60 cities in Pakistan. The startup has also taken a stance on women empowerment and, back in April, organized Pakistan’s first girls-only boot camp, called Women in Boots, where female influencers were invited and young women were given a 4-day training on entrepreneurship and leadership skills. The next Women in Boots trip will follow the theme of ‘Clean and Green Pakistan’ in order to promote environment-friendly tourism in Pakistan.

The startup has been endorsed, most notably, by Guy Kawasaki, a Silicon Valley-based marketing specialist and evangelist.

Every country needs a powerful media platform that tells important stories and Parhlo is one such name. Led by Faiza Zafar, who is its Managing Partner, Parhlo has become a platform for the youth to raise their voice on issues that matter to them. Parhlo is like the Huffington Post of Pakistan and is driven, mostly, by content that is sent to them by writers from Pakistan and abroad. The digital content platform’s aim is to become Pakistan’s leading platform for youth empowerment and entertainment.

Parhlo started out with an aim to get more Pakistani people to read which is why they began writing fluffy and easy-to-read stories. The platform has had immense growth and now over 6 million people read their stories every month. A venture which started out as a platform to promote a culture of reading has now arrived at a position where it is capable of telling powerful and important stories that people will read. Every day, Parhlo receives over 200 entries many of whom are personal experiences being shared by people who want others to hear them.

Parhlo is well on its way to becoming the go-to platform for Pakistan’s youth, giving them the creative space to express themselves without the fear of being judged. 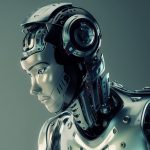