Pakistan has decided to take up the issue of spillover effects of mobile signals coming from Afghanistan at the upcoming Roundtable International Conference to be held in Islamabad from July 18th – July 22nd.

Pakistan has long been trying to block mobile signals from Afghanistan in order to control terrorist activity. The PTA has blocked several Afghani SIMs after they were linked to suspicious activities in the country. However, those SIMs still work along the Pak-Afghan border due to the spillover effect of mobile signals. Following the Peshawar APS Massacre, PTA raised concerns that Afghan telecom companies should block their signals along the border.

There have been no optimistic turnouts as Afghanistan continues to ignore a Memorandum of Understanding sent to Kabul in this regard.

“Yes, we will raise the issue of spillover effects of mobile signals in the bordering areas with Afghanistan during the upcoming international conference of regulators in which representatives of 23 countries belonging to Asia Pacific will participate.”

Representatives from several countries of the region will be attending the conference including China, India, Iran, Afghanistan, Bangladesh and others.

PTA is also organizing the Asia-Pacific Regulators Roundtable for the first time in Pakistan. The conference will serve as a platform for telecommunication/ICT regulators in the region that fosters dynamic and strategic discussions, sharing information, relevant experiences, and practices. 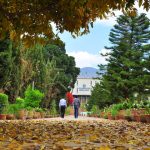 None in top 500, only two Pakistani universities made it to the world’s top 800