Rapid climatic change is on the rise for a couple of years. The move has given way to natural disasters like urban floods, melting glaciers, heatstroke, and many more are on the rise. In 2018 Greta Thenburg, a climatic activist, has initiated an online campaign under the heading of Fridays For Future with an intention to raise climatic awareness.

The project got global attention within no time. Pakistan has its own wing. The Pakistan wing of FFF shows its presence actively on social media accounts too.

While talking to a local tech news resource, the founder and project lead of FFF Pakistan, Iqbal Badruddin said: “Our campaigns were largely focused on climatic education and literacy. We would request people from our universities to leave classes every Friday for 15 to 20 minutes and demonstrate peacefully. We don’t force anyone to join our strikes. Soon our strike spread to Karachi, Peshawar, and Gilgit.”

Iqbal explained that the next step was training workshops that would promote climate literacy for students who were not studying any Environmental Sciences major. The initiative began late in 2018 in Pakistan, and ever since, the project has been growing in the right direction.

As the movement grew further, FFF Pakistan organized a summer camp in the region of Gilgit Baltistan back in 2019. Even though the initiative is going in a positive direction, it has also seen some significant criticism from locals such as ‘the climatic crisis is not human-made’ and many more.

Every week the Friday for Future organize the digital protest. In the online rally, educational videos, articles, and images are shared with the participants. The reason behind the virtual gathering is to educate Pakistanis about the rapid climatic changes and how it affects our surroundings. Iqbal also believes that climatic awareness must be a part of the school curriculum for each school grade as it is going to contribute to instilling social responsibility and adaptation. 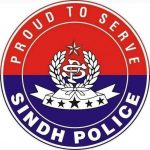