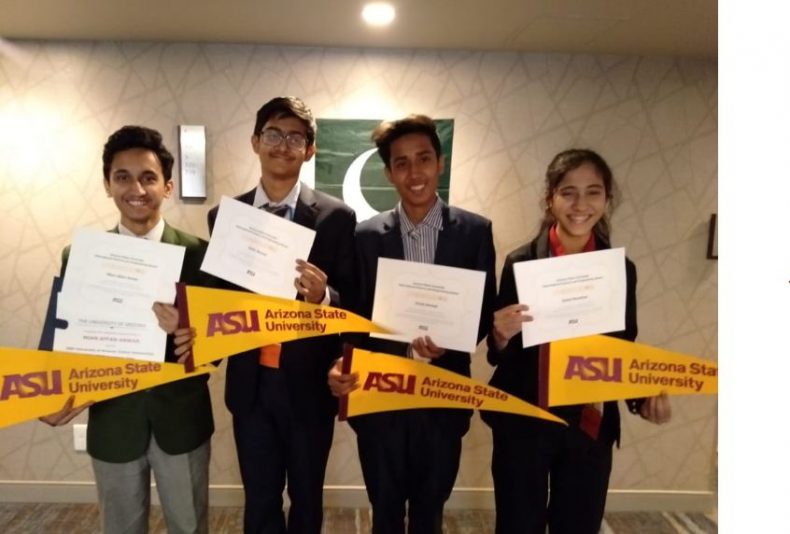 Amidst the sea of newspaper cuttings describing the bleak situation of Pakistan’s economy, a beacon of hope in the form of our youth making progress in the domains of science and technology certainly comes across as a breath of fresh air. As it happens, four bright Pakistani students have secured positions at this year’s Intel ISEF.

The Intel International Science and Engineering Fair (ISEF) is the world’s largest pre-college science competition that is held in Phoenix, Arizona. It features a humongous 1800+ students from more than 80 countries, and is, therefore, an excellent opportunity for impressionable young minds to learn, engage and forge connections with like-minded peers.

Pakistan was represented by a total of six students, including three from the Pak-Turk Maarif International Schools – a chain of private educational institutions run by a Turkish foundation.

Hailing from the Pak-Turk Maarif School, Sadaf Naushad was one of the Pakistani students who pitched their projects at the fair. She not only succeeded in winning a special prize for her work but also obtained a scholarship at the Arizona State University.

Sadaf’s project is essentially a creative implementation of the conventional wind turbine; she proposes implementing wind turbines along highways so that they can get sufficiently powered by the passing speeding vehicles, and can serve the twin purposes of generating electricity for highway lighting and extracting water from underground.

“The aim of the project is to reduce electricity consumption and generate electricity as a renewable resource to promote greenery near Pakistan’s highways,” Sadaf explained.

Ahmed Zafar and Usaid Ahmed from Karachi, and Mian Affan Anwar from Rawalpindi were also among the Pakistani students to score in this fair by winning prizes and securing scholarships.

Selahattin Batur, the Maarif Foundation’s director in Pakistan, announced a special one-week trip to Turkey for the students and teachers who took part in Intel ISEF.

“It’s a great honor that three students among all six participants from Pakistan in the global competition were from Maarif schools,” Batur said.