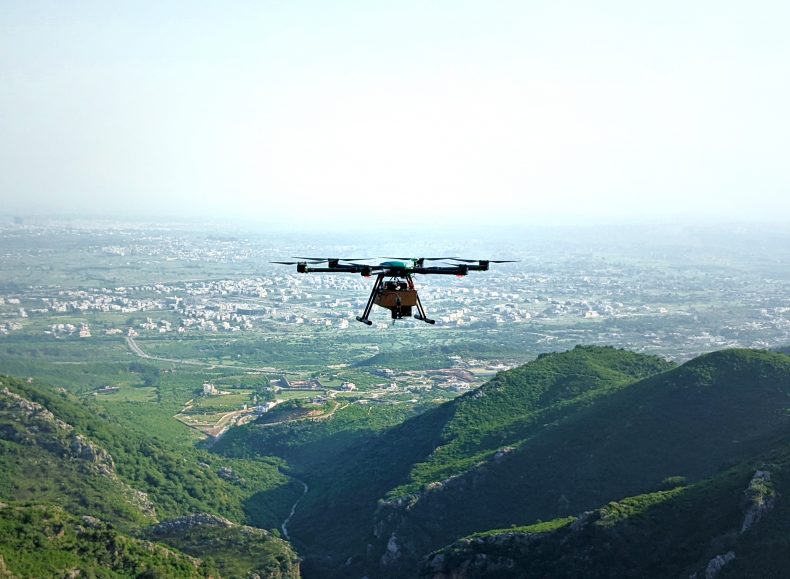 Islamabad-based tech company ForresOn specializes in developing large self-navigating drones for forestation and precision-agriculture purposes. It has now collaborated with SAARC and the Khyber Pakhtunkhwa government to plant trees via an army of drones in multiple cities.

With a panel of experts in the fields of UAV building, software, and agritech, ForresOn aims to combine drone technology with agricultural knowledge to improve the country’s vegetative landscape and restore our forestation.

They use drones to literally fire seed pods from the air down to the ground to ensure maximum germination and growth. Even more impressively, their end-to-end automate ecosystem figures out exactly whereto plant trees using ForresOn’s analysis scout drones, monitors the life cycle, growth, height, and health of trees regularly using special deep learning algorithms, and sprays trees and crops with the optimal amount of fertilizers, pesticides, and water.

ForresOn builds all of its drones in-house, and any components such as propellers and motors that cannot be manufactured in Pakistan are imported from other countries. The company’s R&D is focused on the seed gun that fires the seed pods, the software that analyzes the vegetation and landscape, the AI/DL that assesses the tree growth, the controllers that spray the exact amount at the exact location, and the avionics that control everything automatically.

A tech company with a strong emphasis on environmental conservation, ForresOn has collaborated with the KPK government to conduct various plantation missions in hilly areas where travel by foot is almost impossible. These areas include Haripur, Kahuta, and Chakri, all of which have been blessed with ForresOn’s drone-planted trees. The company’s most recent venture involved a collaboration with SAARC to plant thousands of trees in the barren regions of Margalla Hills.

With a deplorable seventh-place ranking in terms of countries most impacted by climate change, Pakistan can look at the work being done by ForresOn and heave a sigh of relief. The company aims to continue its efforts of large-scale reforestation, and our ecosystem will be all the better for it.