The 13th edition of the Quacquarelli Symonds (QS) World University Rankings is out and six Pakistani universities have made it to the top 800.

QS recently ranked varsities from the world over, for the QS World University Rankings 2016-17. QS analyzed over 3,800 institutes for ranking and of the 3,800, the top 916 were ranked.

The Massachusetts Institute of Technology (MIT) was ranked as the World’s best university for the fifth consecutive year. Followed by MIT, Stanford University, and Harvard University were ranked. It is the for the first time in the last decade that all of the top three positions were held by the US varsities. The UK universities declined in ranking.

This year’s QS ranking have shown that only the universities which invested into the quality of education and research reserved their position, as mentioned by the Head of Research at QS Ben Sowter. Many interesting insights into the region wise demographics revealed how the universities of a country lost their position to the universities from other countries. For the first time in the QS Rankings, the Cambridge University slipped from the top three positions. The Western European countries lost to the Asian and US universities.

Having said that the Asian universities were rising on the scale, it is important to mention that Pakistani universities were ranked in the same ranking brackets as last year mostly. The only Pakistani university which lost grounds was the QAU, which fell from the 650-700 ranking to somewhere 700+. China, Russia, and South Korea strengthened their position significantly. The Tsinghua University of China made to its highest ever position, being ranked 24th. The National University of Singapore (NUS) was the leading Asian university. This year 16 South Korean universities made it to the top 500 as compared to the last year’s number which was 13.

The QS Ranking uses a complex aggregate formula to rank the universities. The academic reputation which means how a university stands in terms of quality of work as identified by global surveys of leading academicians, this counts 40% towards the overall ranking. Among the other leading factors are the Student-faculty ratio, the employer reputation, the number of citations per lecturer, the international faculty and student ratio towards the total strength. 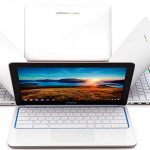 Is buying a Chromebook in Pakistan worth it?