One of the most anticipated smartphones of the year has been equipped with advanced light capturing technology to produce high-quality images. The camera features include the F1.7 lens for front and rear cameras with a sensor that produces bright images even in darker conditions. For the first time ever, a dual pixel sensor has also been incorporated in the Samsung phones that was only used in DSLR cameras. Additional and improved features include: The Motion Panorama, Hyperlapse Video Mode, Selfie Flash and Spotlight.

The construction material used for the body is 3D glass and metal to provide durability and a comfortable grip. The smart phones are water and dust resistance. The dimensions are 5.1” for Galaxy S7 and 5.5” for Galaxy S7 edge. The phones are equipped with IP68 3,600mAh battery that lasts longer, charges faster and also wirelessly. 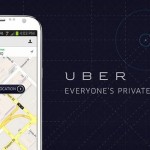 Uber to officially launch tomorrow in Pakistan, here is how it will cost