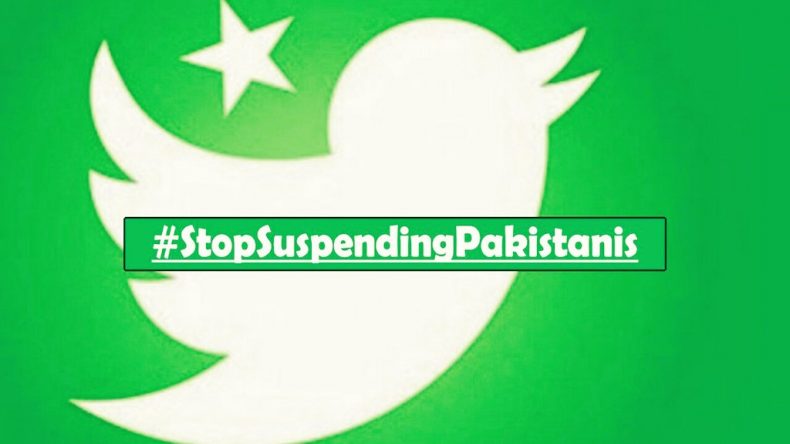 Social media giants mainly Twitter and Facebook are reportedly biased in their approach when Pakistanis raise their voices in support of Kashmiris and human rights violations the disputed region is facing. Over the last couple of weeks, multiple Pakistanis have taken to Twitter to report that accounts were being suspended after they posted about Kashmir.

Meanwhile, #StopSuspendingPakistanis was the top trend on Twitter in Pakistan. Director General (DG) Inter-Services Public Relations (ISPR) Maj Gen Asif Ghafoor, through his personal Twitter account, said that Pakistani authorities have taken up with Twitter and Facebook the alleged suspension of Pakistani social media accounts posting in support of Kashmir. He indicated that Indian staff of Facebook and Twitter at their regional headquarters is the reason behind the suspension of these accounts. As he tweeted;

Pakistan authorities have taken up case with Twitter & Facebook against suspending Pakistani accounts for posting in support of Kashmir. Indian staff at their regional Headquarters is the reason. Please post in reply suspended accounts that you know.

Interestingly, another clue of biased behavior of Facebook, Twitter is that no action is taken by these social media giants against Indian warmongers and hate-peddlers who have been spewing venom against Pakistan and feeding the world on lies about the situation in India occupied Kashmir.

Various media outlets also talked about the issue and raised curtains off the discriminatory approach of social media giants.

The world believes in freedom of expression and is very supportive of it but very sad when Pakistani Twitter users raised their voice for oppressed Kashmiris, Twitter started suspending Pakistani accounts on the recommendation of Indian Government.#StopSuspendingPakistanis pic.twitter.com/SECrxbgEp0

Notable public figures of Pakistan were seen complaining about controversial policies of Twitter.

We all know mostly Indians are working in these companies but be brave beta , abi tu sirf twitter per Lena start ki hai & u can’t face us , reactivate Dr Fiza’s account #StopSuspendingPakistanis

For the uninitiated, since last couple of weeks, Indian authorities had imposed a curfew in India-occupied Kashmir, shut down communication networks including private mobile networks, internet services, and telephone landlines cut. The authorities have deployed tens of thousands of soldiers from across India to implement something that seemed a mystery. Whereas, global media outlet BBC has extended its shortwave radio broadcasts in Indian-administered Kashmir as Indian government continues the communication and media blackout in the valley.

Well, this is not the first time Indians have abused their influence over social media giants. Back in 2017, Indian Government urged Twitter to ban pro-Kashmir accounts & several Pakistanis were in the list.