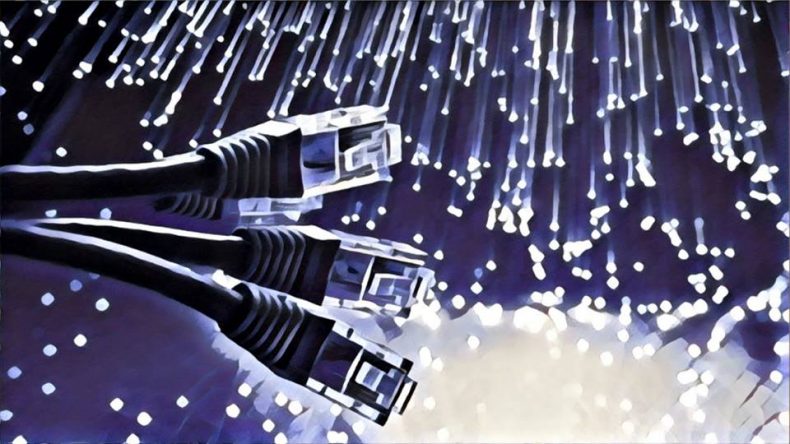 The latest survey of experts at OpenSignal based in the UK reported that Pakistan’s 4G speed is faster than India.

Despite all the challenges Pakistan faces in promoting the IT sector, 4G broadband services continue to expand in the country at a steady pace. The latest survey of OpenSignal shown that Pakistan’s 4G speed is faster than its neighbor India. Pakistan has 69.08% of 4G availability with an average speed of 13.56 Mbps.

According to Speedtest.net of Okla Pakistan is ranked 96th in the world in download speed (mobile broadband) based on the June Speed-test Global Index. The average speed recorded was 14.03 megabits per second (Mbps). Comparatively, it is better than that in India which stands at 109th place with an average speed of 9.12 Mbps.

The organization took 50 billion measurements collected and compared 4G performance in 88 different countries. From all the results, the fastest LTE speeds were found to be around 45 Mbps in Singapore. Sadly, OpenSignal did not observe any sizeable increase in 4G speed in any top-performing countries and none of them could not achieve a 50 Mbps record. 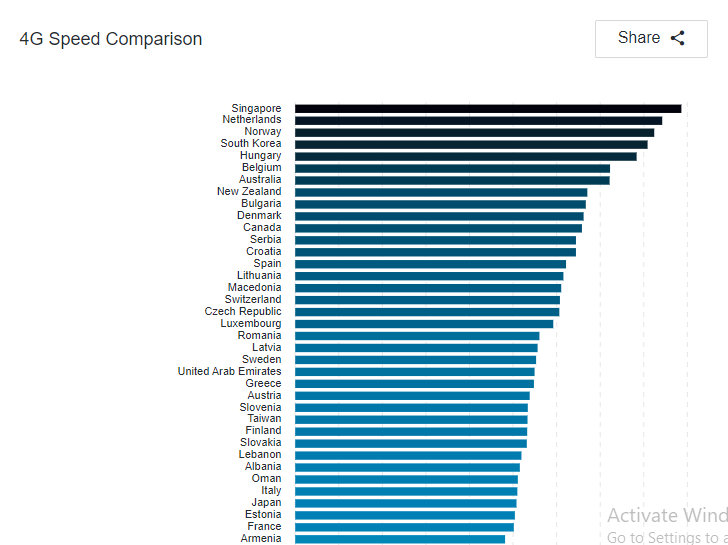 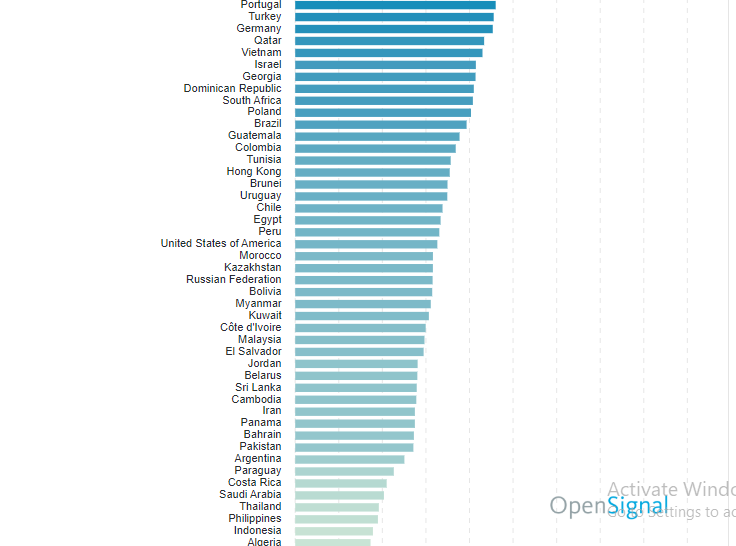 According to the website, the global average of mobile internet download speed is estimated at 23.54 Mbps. The report suggests India is focusing on spreading 4G outreach than injecting more speed into the already present 4G service. While The Economic Times also reported that Smartphone usage is on the rise in India with 358 million mobile internet users and the number is increasing, resulting in slower mobile internet speeds.

On the other hand, Pakistan’s 3G/4G subscribers are 56 million with 75% teledensity it means 25% population has yet to be covered, particularly in Balochistan. In this province, 46% of the population has no access to either mobile, wireless or fixed line network.