On May 19th Zarlasht Faisal a renowned Pakistani entrepreneur announced to be the new CEO of Patari music. Rabeel Warraich was acting as the interim CEO of the company before Zarlasht took the hold.

So;some big news to share. A personal goal I set for myself at the beginning of the year when Patari’s search for a CEO was announced, I decided to apply to @patarimusic. I’ve been a member of the board since last year, but I don’t think anyone expected me to apply! pic.twitter.com/6nzjM8vLrU

The company got the attention of media when its Ex- CEO was accused of harassment which created havoc in the company and many employees resigned immediately when the news broke. Since the dispute has been settled the company is only going in the forward direction these days.

Patari is the biggest music streaming platform in Pakistan that contains the finest Pakistani music, poetry, podcasts, and literature content. According to Zarlasht, she was interviewed in February by the board of committee and after going back and forth, she was finally elected as the CEO of the musical platform. Zarlasht was also a member of the board since last year.

Zarlasht is however getting a lot of backlash on Twitter as she is the daughter of one of the investors of Patari Faisal Sherjan. Faisal is managing director of the National Incubation Center Lahore and is also entitled as the co-founder of Patari.

Being daughter of the investor came in pretty handy… Since you could not break off with that clothing line.. he had to get you somewhere prominent

That’s the company your father finances , no surprise

Even though there are people who are backlashing her, there are many who are supporting the board’s decision. A user commented: “Congratulations Zari I am sure with your passion and experience you will take Patari to new heights and as you have explained it has crazy potential, just need to put things in order. Good Luck and keep dreaming big.”

Another user Tweeted: “Congratulations! Good to see another female leader in this space. Good luck.”

Patari music has remained in the controversies ever since it was formed. Just when things started to get smooth for the company, people have something new to talk about. It is hoped that with Zarlasht’s enthusiasm and creative personality, Patari will touch new lengths. 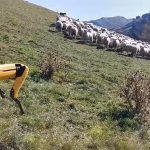