Payoneer says its not responsible & businesses should pay their own taxes, amid crackdown on Pakistani freelancers

Payoneer issued a statement when reached by Techjuice for comment. At the same time, Waqar Zaka – a major tech influencer, expressed his reservations over the government’s sudden decision to penalize freelancers & investigate Payoneer.

The FBR on Tuesday announced to initiate a crackdown against Pakistani freelancers in conjunction with the payment gateway – Payoneer after it emerged that the company paid an amount of Rs. 60 billion to 70,000 Pakistani citizens without paying taxes. The move, which comes as a part of the government’s decision to withdraw tax exemptions for IT-enabled services, has drawn strong criticism from individuals associated with online freelance/consultancy services along with other influencers.

In a statement issued to Techjuice’s representative, Payoneer stated that the company has always ensured the best standards while disbursing funds to Pakistani freelancers. “Payoneer helps ensure that hard-earned foreign currency is received in Pakistan through formal bank channels, with unparalleled levels of service, compliance, and security and at low cost.”, the statement said.

Payoneer further stated that it is not responsible for reporting freelancers’ income to the authorities on their behalf.  “It is the obligation of each business in Pakistan to report their income to local authorities, including income obtained from the export of goods or services, and that this is not something that Payoneer does or is required to do on their behalf.”

However, it remains to be seen how the tax authorities proceed against the ‘payment giant’ and how the company responds legally.

Separately, in a Facebook post, Waqar Zaka, a reality show host turned tech influencer, who has been quite instrumental in voicing dissent against the government’s measures to ban apps in the past and is currently running a campaign to legalize crypto-currencies in Pakistan, termed the move as, “killing the freelance industry”. “Imran Khan is Killing this freelancer industry in Pakistan. I stand with Pakistani Freelancers, if u cant give payment Gateway to Freelancers then what you are doing?”

Waqar Zaka also stated that freelancers with meager means could not effectively fight FBR’s tax notices while also questioning how are freelancers supposed to earn in an absence of a policy for payment gateways.  Various freelancing communities have also erupted, with members expressing discomfort on the decision while some praising it. However, 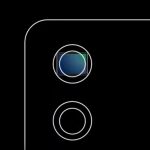