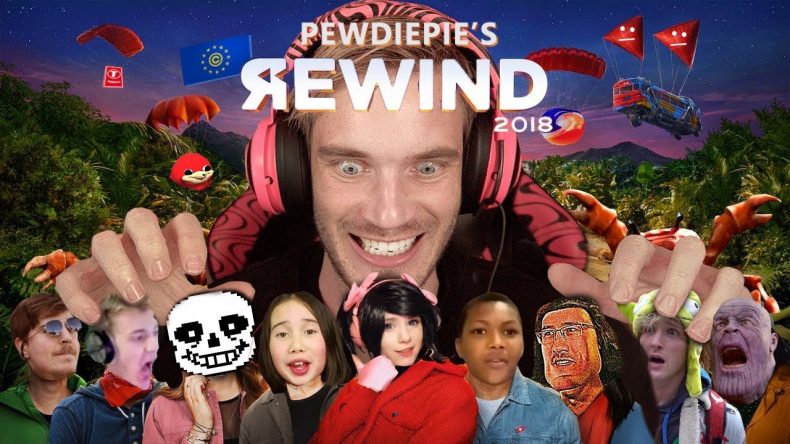 YouTube’s most subscribed star, PewDiePie recently released his version of the YouTube Rewind 2018. The video became an instant hint and within 48 hours has received 17 Million views. The video has also received more likes (4.5 Million) than the official YouTube rewind 2018 video which has 2.4 Million likes. As far as the dislikes are concerned, the official Rewind video as of now has 14 Million dislikes while PewDiePie’s Rewind 2018 has 28 thousand dislikes.

This year’s YouTube rewind 2018 turned out to be a complete disaster, the video became the most disliked video in the history of YouTube within a week, hence breaking the record of “Baby” video by Justin Bieber. One of the biggest criticism that the official video received was that it never portrayed the actual rewind of 2018 and tailored it to make more attractive for the investors rather than the actual YouTube viewer. Felix Kjellberg or more commonly known a PewDiePie has been a critic of the YouTube Rewind videos for years and this time he made a video of his own to show what the actual rewind looked like. See PewDiePie’s take on YouTube rewind below:

So far he has received overwhelming support from his fans, and like to dislike ratio on PewDiePie’s version of Rewind shows that people liked his version much more than the official video. For those who are unaware, PewDiePie wasn’t in this year’s official Rewind 2018 video, making it the second time in a row that YouTube’s most subscribed channel wasn’t included in a Rewind video since 2012.