PTA has blocked Tinder, Tagged and various other dating apps

In view of the negative and immoral use of certain dating and live-streaming apps, Pakistan Telecommunication Authority has blocked services of Tinder, Tagged, Skout, Grindr and SayHi. As per PTA, the apps have been blocked for streaming of indecent content and notices have been issued to their managements. They have been asked to take the necessary actions to moderate the communities and bring their applications in accordance with Pakistani laws.

As per the regulator, the companies behind the apps were given requisite time to respond to the concerns but since they did not receive a reply in time, the orders for them to be blocked were issued. The following tweet shows the press release by PTA:

It has to be mentioned here that a few months back, PTA blocked PUBG as well for various reasons but after a meeting between the regulator and the management of PUBG, the game was unblocked. PTA also blocked BIGO for a certain period of time for immoral content but the block was lifted after a meeting between PTA Authority Members and Vice President South Asia Operations of Bigo, Mr. Jhon Zhang.

PTA, however, can reconsider the block of the aforementioned apps if the respective management of the parent companies reaches out to them to address their concerns. Many companies have reached out in the past to address concerns raised by PTA but only after they were blocked in the first place.

Do you think the app owners will reach out to PTA after this ban? 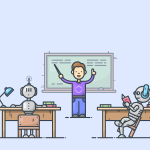 Deep Dive – What is the difference between Supervised and Unsupervised Learning?