PTCL earned a Rs. 1.76 billion profit in the last 3 months

These numbers show a drastic increase in PTCL’s performance. Last year, PTCL made profits of only 716 million in the first quarter. That low performance continued throughout the year and they closed 2015 with only Rs. 1.86 billion in profits.

According to analysts, the new leadership at PTCL is straightening up the firm and similar large numbers of profits are expected in the next two quarters. PTCL is likely to maintain stability by venturing into various subsidiaries to steady their revenue.

Corporate services have become an emerging sector for the firm and it is expected that they will use it to the best of their abilities. PTCL Group is likely to invest into integrated solutions, taking advantage of their advanced data services. The firm is focusing on creating more value for its customers and is refining its increasingly efficient and widespread network. 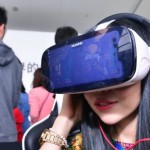