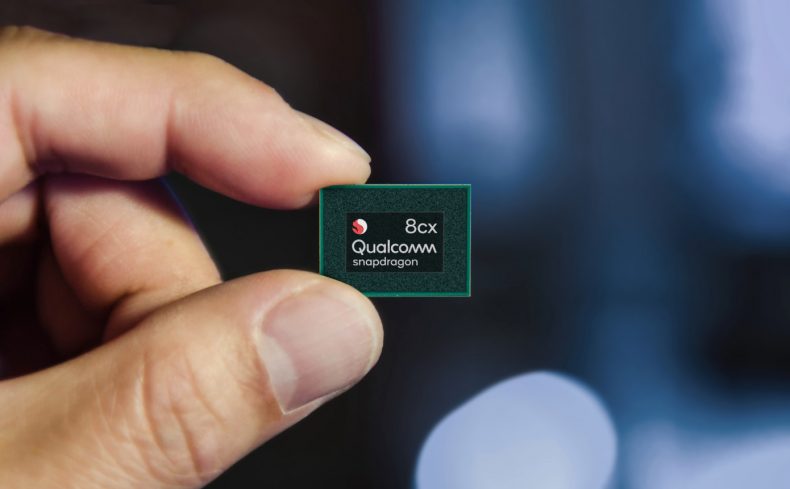 After conquering the smartphone market, it seems that Qualcomm is now targeting the PC market and wants to take some of Intel’s share. With that in mind, Qualcomm has released its next-generation system on chip (SoC) called Snapdragon 8cx. This chip has a newer, much more powerful CPU alongside Qualcomm’s most powerful graphics processor.

Ever since Microsoft introduced Windows 10 on ARM, a new gateway has opened for Qualcomm to enter the PC market and therefore this new 8cx chip has been designed with PCs in mind and is built on a 7nm processor. The ‘X’ is the new term used by Qualcomm’s marketing team and stands for extreme performance. As the senior director of product management for Qualcomm said:

The new Qualcomm Snapdragon 8cx combines an Octa-core Kryo 495 CPU with an Adreno 680 GPU. This enables the chip to offer better multi-tasking performance and greater graphics memory bandwidth. According to Qualcomm, its Adreno 680 graphics are 3.5 times faster than the one on Snapdragon 350 while the chip is also 65% more efficient and the design has been certified for Windows 10. The eight-core Kryo 495 CPU implements 7nm process technology, four performance cores, and four efficiency cores. Up to 10MB of cache is available.

Furthermore, the 8cx has also introduced:

The chips will be manufactured soon and are expected to be featured on new Laptops and tablets which will arrive in the third quarter of 2019.

previous
Customs to destroy all blacklisted phones in its possession
random
next
HMD Global unveils Nokia 8.1, coming to Pakistan in a few weeks
Trending Posts