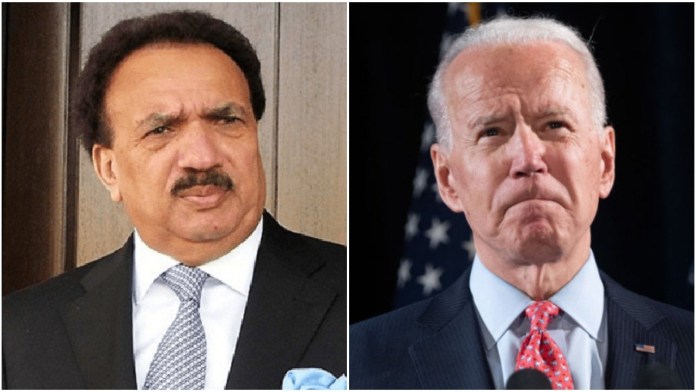 Senator Rehman Malik is making headlines, but for all the wrong reasons. The Pakistan Peoples Party leader recently took to Twitter to congratulate the US president-elect Joe Biden. However, in a blunder of epically hilarious proportions, he attached a picture of former US president George W Bush instead!

In the tweet that has since been taken down, Rehman Malik expressed his hope that the newly elected President would be able to resolve global issues like the Afghan and Syrian crises, as well as be able to support the oppressed people of Kashmir.

“Joe Biden has worked with three democrats presidents and hopes they will support him to get the USA out of the self-created crises. Afghan issue, Syrian crises and row with China must come to end. I hope the Democrats will support the oppressed Kashmiris to get out of curfew,” he wrote.

Wise words, no doubt. It’s just a shame he was thinking about another white US President when he wrote them, as he went on to attach this picture of him and Bush together. 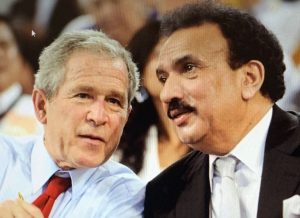 Of course, the Pakistani Twitter community had a field day with this one. Some attempted to share their own humorous take on the MNA’s tweet, while others created memes out of the situation. Here are some of the best reactions:

I can’t tell what’s funnier, the fact that he is talking about Joe Biden but has a picture of George Bush, or that he took a picture of his laptop screen instead of saving the picture and uploading it properly.

People are making fun of him, but mistaking one old white guy for another is a power move https://t.co/kf4PlNnfMd

People are making fun of him, but mistaking one old white guy for another is a power move https://t.co/kf4PlNnfMd

Or even mistake an Asian person for Elon Musk, you never know.

Or maybe we are the ones who are deluded, and Mr. Malik is actually making a very deep point here.

My man Rehman Malik making a subtle point that when it comes to foreign policy, both Republicans and Democrats are the same. Brilliant, sir. https://t.co/IM0kacTnnu

These reactions will undoubtedly keep going for a while. Let us know what you think about this gaffe! 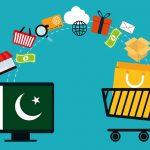