TechJuice > Technology > Renowned mathematician Alan Turing will be the face of U.K’s £50 note

Renowned mathematician Alan Turing will be the face of U.K’s £50 note 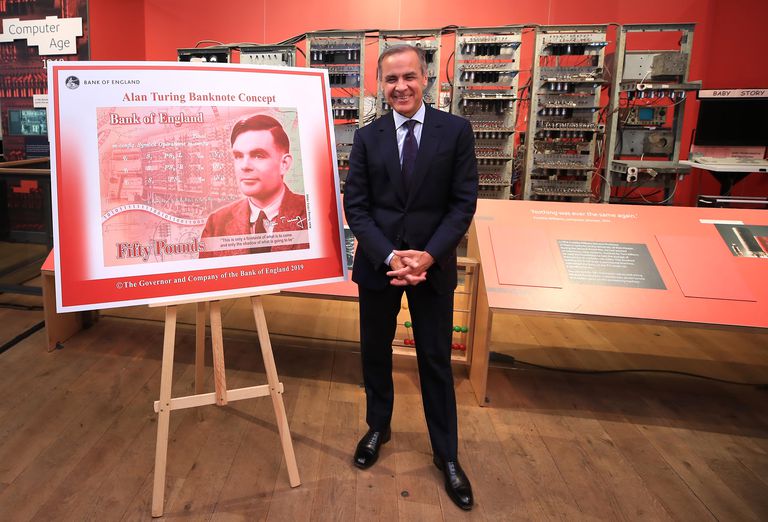 Alan Turing, the renowned mathematician and the father of modern-day computer science and Artificial Intelligence, will be the face of United Kingdom’s new £50 note. Alan set the foundation for computing systems and is popularly known for breaking German encryption and ciphers during the Second World War. The Enigma Machine was used extensively by the Nazis and Alan was able to crack the machine for the English.

Alan has been portrayed in The Imitation Game which explores the efforts of the scientist during World War II. Alan was homosexual and at that time in Britain, it was a crime for which he was charged and ultimately awarded chemical castration as his punishment. He died a little while before his 42nd birthday whereas the cause of death remains unknown to date, whether it was suicide or accidental poisoning.

The U.K formally pardoned Turing later on after they acknowledged his achievements and in 2009, British Prime Minister Gordon Brown made a public apology on behalf of the government for the way he had been treated. If you check out the design of the £50 note below, you will see Turing’s work is reflected in it: 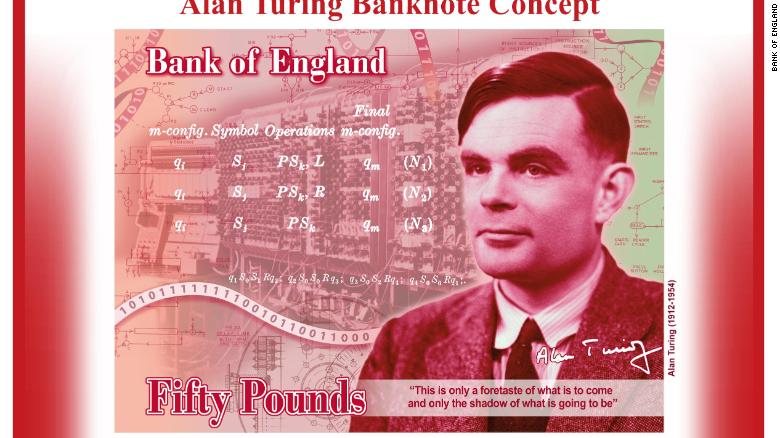 There are symbols and operations listed in the note. The binary code represents Alan’s birthday on June 23, 1912. At the background, we can see the British Bombe machine which Turing used to break the Enigma code during World War 2.

Alan Turing was chosen from a list of several popular scientists like Stephen Hawking and Ada Lovelace.

previous
YouTuber and Vlogger Ukhano has been accused of sexual harassment: Here’s everything we know about it
random
next
Bookme.pk partners with Askari Bank to offer digital ticketing services to its customers across Pakistan
Trending Posts