Samsung beats Apple with the most smartphones sold worldwide 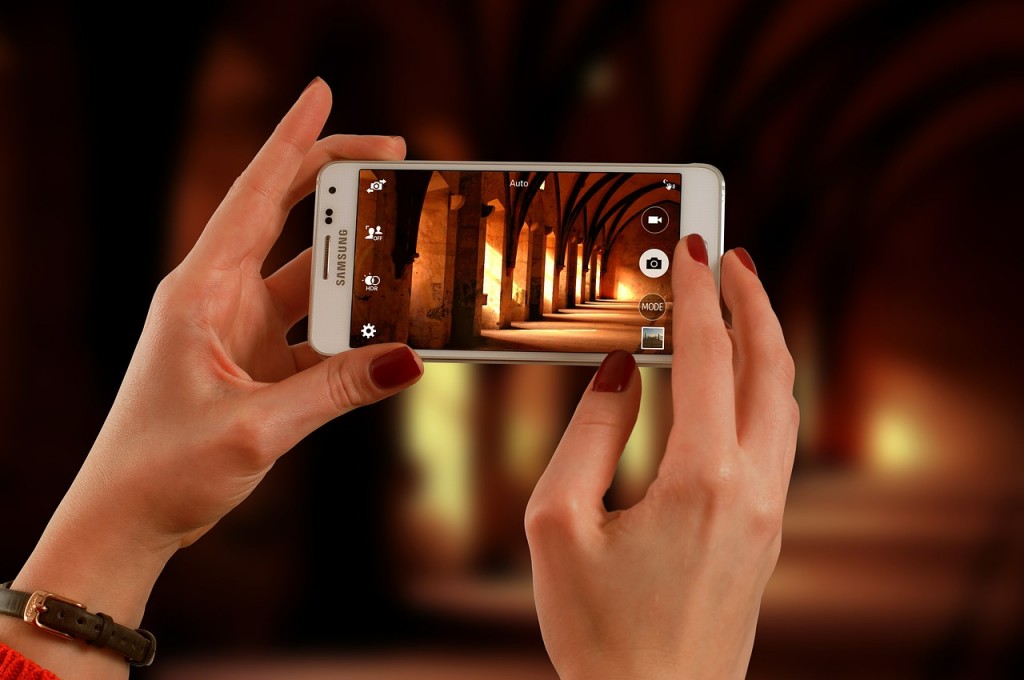 Gartner, a competitive American research group, has released 2015’s second quarterly report according to which Samsung comes out on top with the most smartphone sales worldwide.

Samsung claiming the top spot would probably be called a no-brainer by most of the people. Some would probably say that Samsung’s recent ventures haven’t been successful. They face huge global competition by Apple and new brands (Huawei, Xiaomi) are threatening Samsung’s large base in China. But regardless, Samsung has come out on top and the facts prove it.

Smartphone Sales based on Vendors

Despite having lost some market share to Apple, who gained 2.4 points, Samsung remains the top-selling smartphone brand in the world between the months of April and June. Samsung sold over 72 million smartphones whereas Apple sold only 48 million. This is remarkable considering Samsung’s sales fell by 5.3% between Q2 2014 and Q2 2015. A dark horse in this report appears to be Huawei who saw a sales growth of 46.3%.

All models combined, not only smartphones, Samsung again came out on top with 88 million mobile phones sold across the globe in the second quarter, far ahead of Apple (48 million), Microsoft (27.6 million), Huawei (26.1 million) and LG (17.6 million). 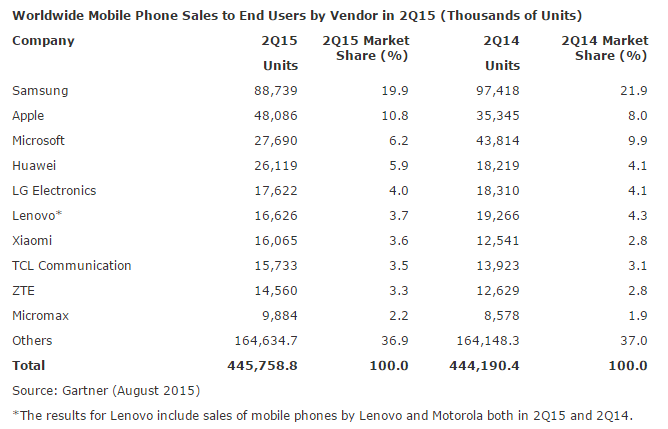 Smartphone Sales based on Operating system

iOS gained a considerable momentum whereas Android does not have a significant increase between Q2 2014 and Q2 2015 statistics. Despite this, Android comes out on top – probably because the number of Android smartphones is way greater than iPhone. But, this was Android’s lowest growth-rate to date. Apple performed well thanks to its firm ground in China. Be that as it may, Android holds 82.2% of smartphone sales against Apple’s small 14.6%.

This Q2 had the slowest sales rate since 2013

While the demand for smartphones has increased the sales for the second quarter of 2015 have not been impressive. Asia-Pacific, Eastern Europe, Middle East and Africa were faster growing regions. Only 330 million smartphones have been sold in the Q2 of this year – which makes it only 13.5% more than the sales at the same time last year. Gartner says that this is slowest growth rate since 2013.

We still have the rest of 2015 to see if this trend holds. Although Samsung has come out on top, it has fierce competition to face from Apple, Huawei, Xiaomi and other Chinese brands. By the time the Q3 reports come out this trend could be completely altered. 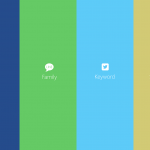