TechJuice > Mobile > Samsung Galaxy Note 10 leaked ahead of the launch

Samsung Galaxy Note 10 leaked ahead of the launch 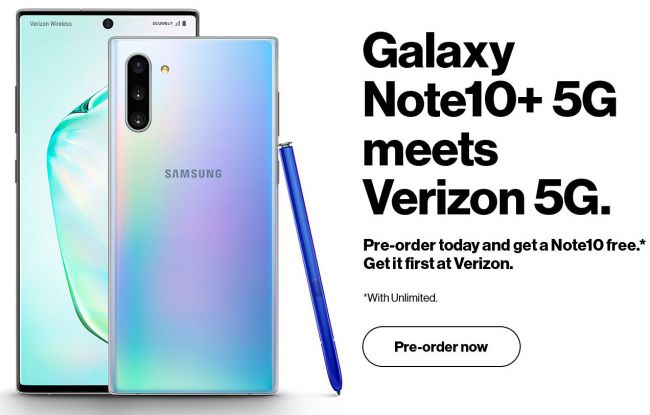 The official photo of the upcoming high-end phablet device from Samsung might have been leaked.

The Samsung Galaxy Note 10 device is due to see an official launch in a week but different reports have already leaked a lot of information about the upcoming smartphone. Although the design of the smartphone has been in speculation before, courtesy of several digital renders, it now seems that a series of recent leaks might have brought to us the actual official photo of the smartphone as well.

The first leak of this series has been brought to us via the famous leakster Evan Blass. In a tweet recently, the leakster shared what seems to be an official advertisement of Samsung with the telecom company Verizon. The advertisement mentions “Galaxy Note10 Plus 5G meets Verizon 5G. Pre-order today and get a Note10 free.*” The photo seems in-line with the leaked photos which we saw the last month.

During the same timeline, another independent leak has emerged ascertaining the leak from Evan Blass. This second leak comes from Ice Universe. The Twitter handle operated by Ice Universe actually shows Samsung Galaxy Note 10 devices held in hand. We don’t yet know if this smartphone is the Note 10 or Note Plus as both have the same punch-hole design at the front and the only differentiating factor is the sizes. Interestingly, this leak also seemingly leaked in iPhone XR 2019 through the reflection of Note 10 smartphone.

An unknown leaker seems to have leaked two phones at the same time: the Galaxy Note10+ and the iPhone XR 2019 in the mirror. pic.twitter.com/QdzBsv8PB0

As far as the other details of the smartphones are concerned, both of the Samsung Galaxy Note 10 variants, the regular Note 10 and the upsized Note 10 Plus, are expected to be powered by Qualcomm Snapdragon 855+ processor. Both of the smartphones would feature Super AMOLED displays. The smartphones expect to run Android 9 Pie, having the storage variants of 256 and 512 GBs.