Samsung has announced the Galaxy Note 7 at a dedicated event 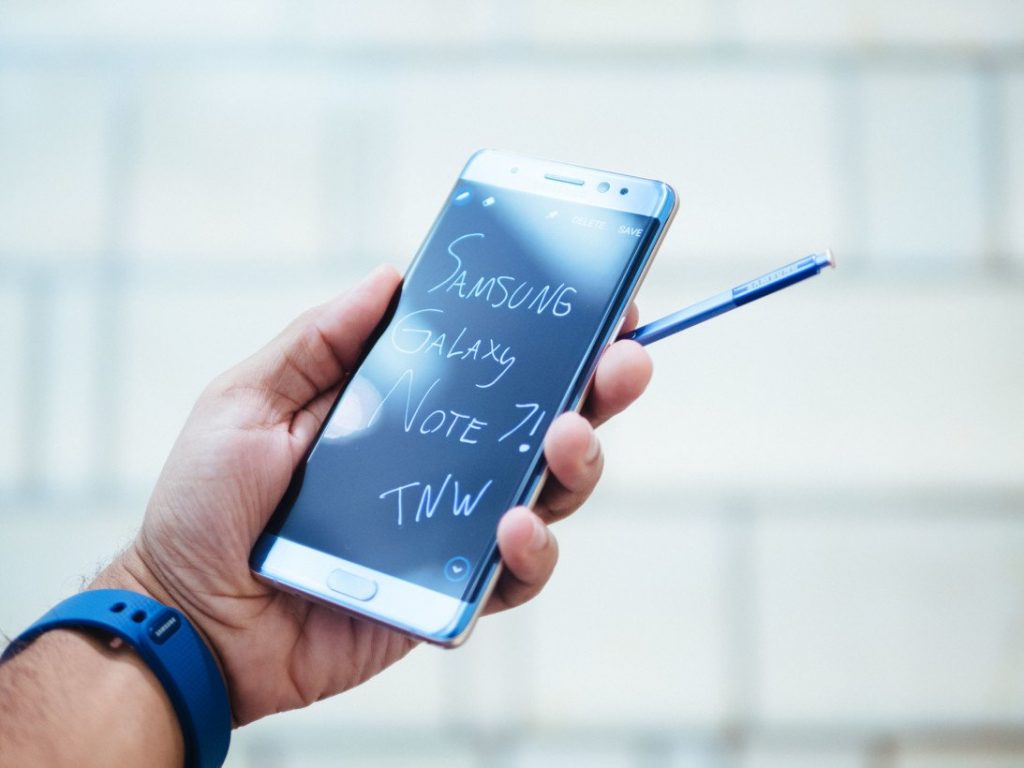 The wait is over. The Samsung Galaxy Note 7, arguably the most powerful smartphone to date is finally here. Samsung has unveiled its latest iteration of the Galaxy Note series, by skipping out the Note 6 of course.

Let’s move on directly to the specifications of the Samsung Galaxy Note 7. First of all, the Note 7 features a Super AMOLED QHD display with a 5.7″ curved display. Unlike it’s popular Edge model of the Galaxy S series, Samsung has added a slight curve to both sides of the screen on the Note 7. The phablet is one of the first handheld devices to have HDR support (the screen is capable of showing more colors with high contrast). If you are the owner of a 4K resolution LED, you will know what HDR looks like on a screen.

The Galaxy Note 7 will be featuring a Exynos 8890 chipset (the global model) with an octa-core (quad-core 2.3 GHz + quad-core 1.6 GHz) processor. The phablet will be featuring 4 GB of RAM with the base model being 64 GB (there was no announcement about a 128 GB model though, which is surprising). Unlike the Note 5, the latest Galaxy Note 7 will also feature a microSD slot, but sadly no ultra-quick Universal Flash Storage cards, as rumored. 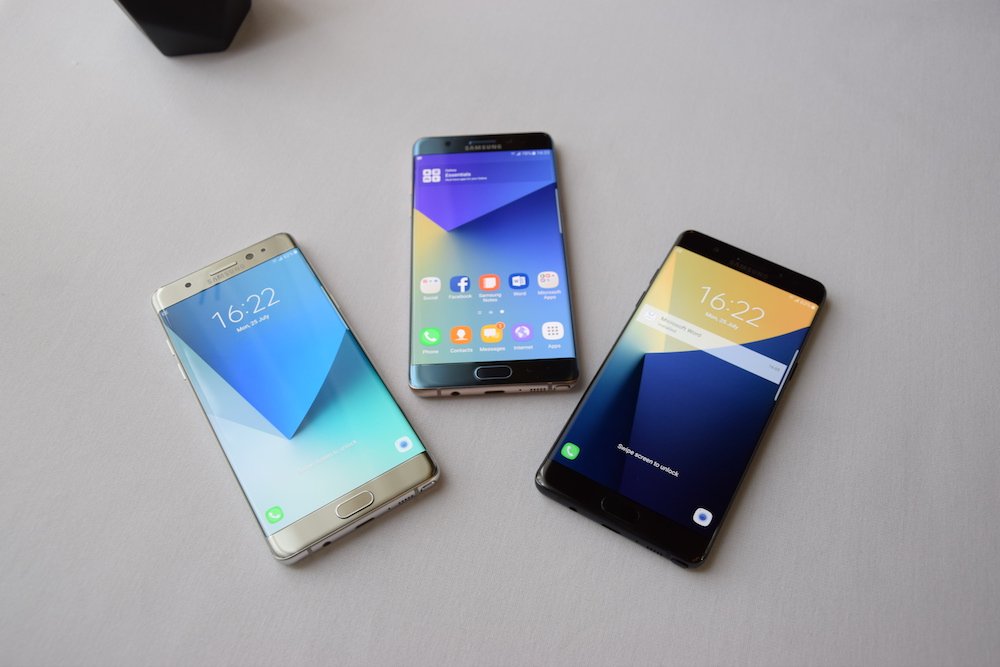 Moving on to the camera, the Galaxy Note 7 will feature the same dual-pixel camera from the Galaxy S7. The 12 MP back shooter is one of the most capable cameras in the smartphone arena today. On the front, the 5 MP selfie camera is also the same as the Galaxy S7.

Furthermore, the Samsung Galaxy Note 7 is also Samsung’s first device to feature a USB Type-C port for quicker connectivity. Of course, that means you will have to think of a work around for the USB C cables. The phablet will also feature wireless quick charging too, with a battery capacity of 3,500 mAh.

Fingerprint sensors are a routine for high-end smartphone these days. The Galaxy Note 7 takes a step further for security by adding an iris scanner! Yes, now you will be able to log in to your Note via the iris scanner. 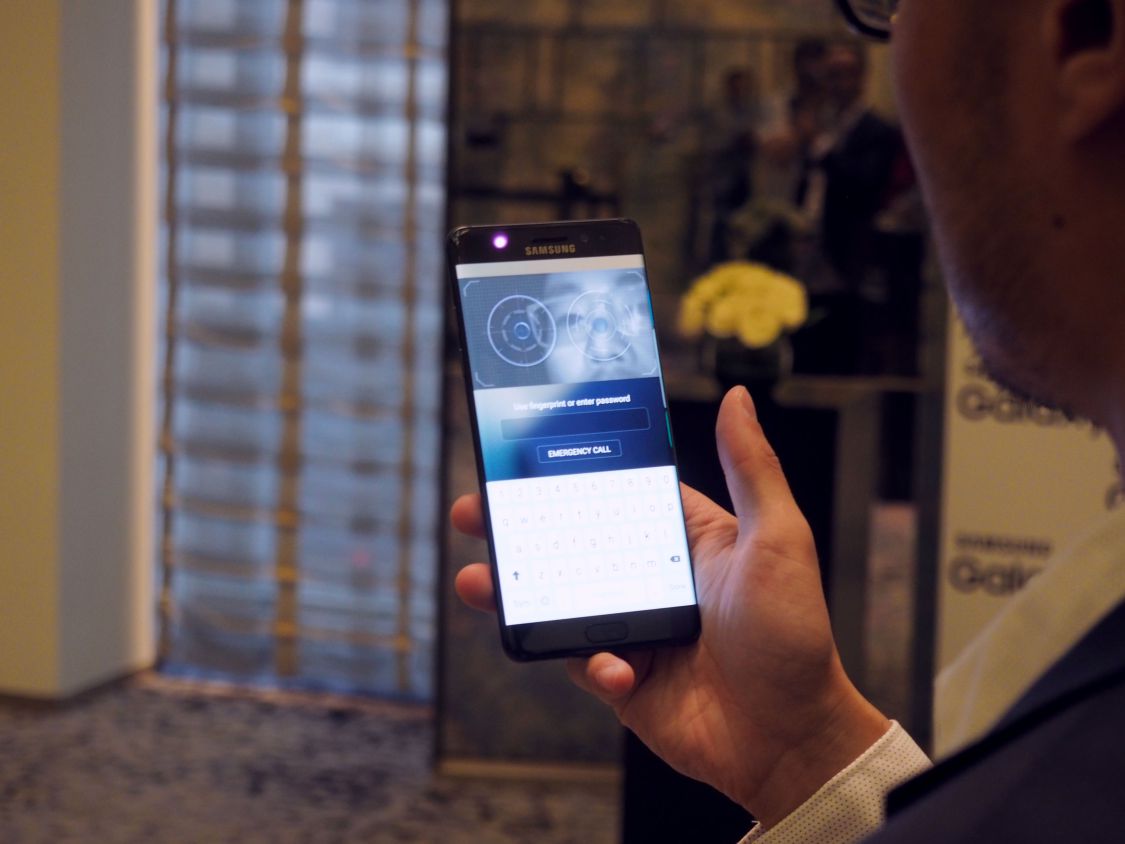 For protection, the Galaxy Note 7 will feature the latest Corning Gorilla Glass 5 that is claimed to be shatterproof and scratch-proof by the manufacturer. The Galaxy Note 7 is also the first Note to be IP68 certified which makes it dust-proof and waterproof.

Every year, Samsung also adds those little upgrades to the S Pen as well. Sometimes, it’s a change in design, sometimes in functionality. With the new S Pen, you can add notes to the Always On display on the Note 7. You can also magnify text and create GIFs with the S Pen. In terms of hardware, the S Pen is also waterproof! This makes sense because the S Pen is a integral part of the Note 7’s body.

On a side note, the Galaxy Note 7 is also one of the first devices to be confirmed to have the Android 7.0 Nougat update (but obviously, the Note 5 and S7 are likely to get the update too).

Finally, Samsung also announced a new Gear VR that has a bigger lens and frame to fit the Galaxy Note 7. According to the leading tech giant, the new Gear headset will provide a more immersive experience for users.

Samsung’s latest premium flagship, the Galaxy Note 7 goes on pre-order tomorrow. It is also expected to be available in stores worldwide on August 19. The phablet will be available in three colors: Onyx Black, Titanium Silver, and Coral Blue. There is no word on the retail price of the Note 7 right now though. 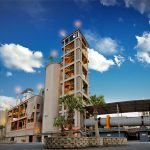