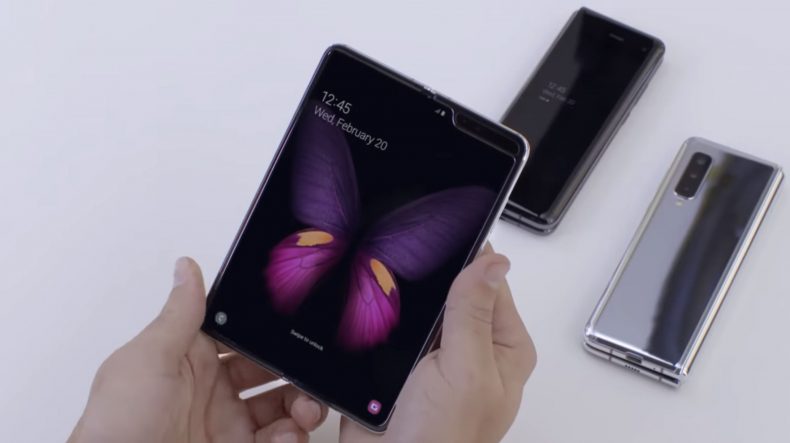 According to a recent report by ETNews, the South Korean giant is interested in selling its foldable technology to American tech-giant, Apple and Google.

As per the report, Samsung has already provided some samples of their technology to Apple and Google to check, if these companies are interested, the South Korean giant will then proceed further with selling the bendable display technology to Apple and Google smartphones. What’s interesting about this news is that up until last month, many criticized Samsung for this innovation and considered as something useless and overpriced from a consumer perspective. However, after this latest development, it seems everyone has joined the foldable band-wagon.

Interestingly, this goes in line with rumors about Apple manufacturing a foldable phone while leaks about Google releasing Pixel 4 as a foldable device is also gaining momentum. According to ETNews, Samsung Display made some sample set of foldable displays and sent them to Apple. These displays were powered like smartphones and had a size of 7.2 inches. A set of these displays were also sent to Google.

This isn’t the first time that Samsung is selling display technology to Apple and Google. In fact, the iPhone X, iPhone XS, and iPhone XS Max were are equipped with Samsung’s OLED display while Google has been featuring AMOLED displays in its Pixel line-up (Google Pixel, Pixel XL, Pixel 2 and Pixel 3 XL) ever since their introduction in 2016.

According to statistics shared by ETNews, Samsung Display’s capacity of producing foldable displays is currently 2.4 million units per year (200,000 units per month), however, if Apple and Google show interest then these numbers can increase to a whopping 10 million panels because of which the company is considering to expand its production capacity to 10 million units per year in consideration of future demand expansion.

This potentially means Samsung will reap more benefits from selling their foldable panels to other companies compared to selling its own Galaxy Foldable phone. While companies like Samsung, Xiaomi, and Huawei have already shown their implementation of what a foldable phone should look like, other companies (LG, Motorola) are also expected to release their versions of foldable smartphones sometime in 2019.