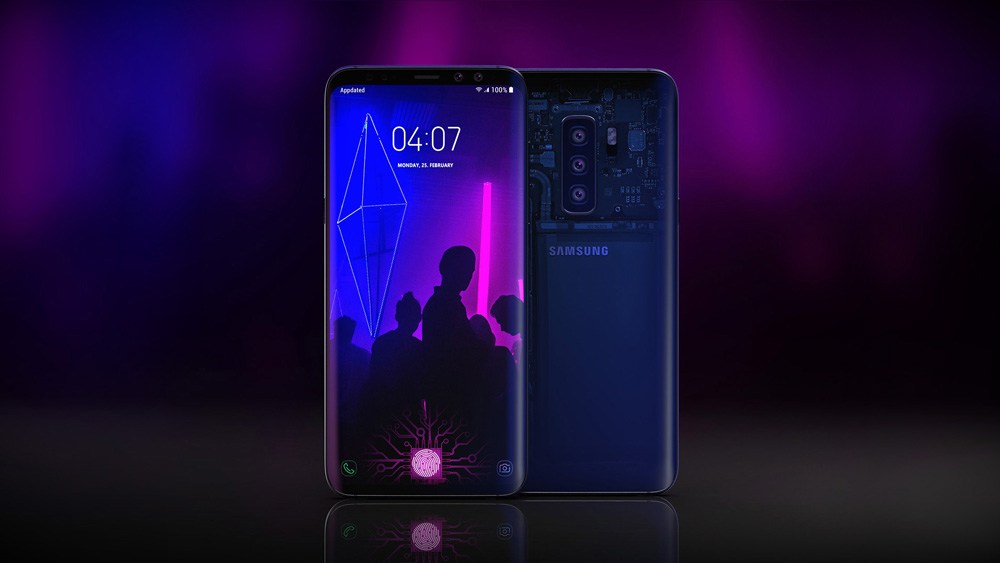 Ever since Apple announced the iPhone X, the infamous notch became the new norm in the smartphone industry. In fact, Apple made it clear that future iPhone will continue to have a notch when the company announced this year’s iPhone XS models. Samsung, on the other hand, is not a fan of the notch and prefers to opt for the more uniform and clean looking shrunken bezel approach. However, things are about to change as Samsung is working on a special display technology which will allow smartphones to create true all-screen phones.

Most Android makers out there, except for Samsung, have already copied the iPhone X design this year. Some Chinese companies explored other all-screen designs as well, replacing the notch with slide-out camera mechanism. That’s definitely not the way to go for Apple and Samsung. Instead, future iPhones and Galaxy devices may feature screens that extend from corner to corner, with no visible bezels whatsoever. The selfie cams would still keep their position at the top of the handset, but they’d be placed under the screen. Samsung Display, which is already a main screen supplier for the iPhone X, is already developing screen technology that would let it place the camera under the display, according to a tip received by @Samsung_News_ 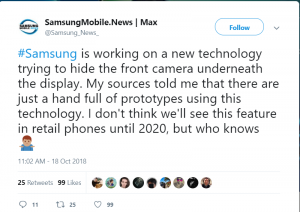 Earlier this year, Samsung demoed display prototypes that conduct sound through bone, thus eliminating the need of having a speaker at the top of the handset. The top speaker also occupies a great deal of space inside the notch. The image above makes a reference to that technology as well. Samsung, whose all-screen phones feature Infinity Displays that have top and bottom bezels, is interested in eliminating those bezels. It wouldn’t be surprising to see displays with built-in cameras debut on a Galaxy S or Note before a future iPhone gets one. But the Galaxy S10 seems unlikely to have a selfie cam under the screen given the rumor above. The next Samsung flagship, the Galaxy S10, is already expected to feature a display with a fingerprint sensor built into it and to have smaller bezels than its predecessors.

If everything goes according to plan we might edge a step closer to having the dream for truly bezel-less full-screen displays materialize. 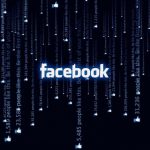