Skype has announced that it will soon be including group video calling feature to its mobile applications on Android, iOS and Windows Phone apps. The announcement came in a blog post from Skype on celebration of its 10th anniversary.

There is no confirmed date for its arrival but the user can expect to get their hands on it in a “few weeks” time. All those early-adopters itching to test the service out can register on the company’s 10th anniversary page to be the first one to try the early version.

Skype’s popularity as a quality video calling service led to many users using the application for professional and personal purposes. Skype group video calling feature might be new for some but Google’s hangout is already allowing users to group video call with as many as 10 people in group. 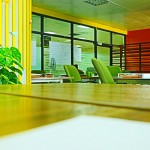