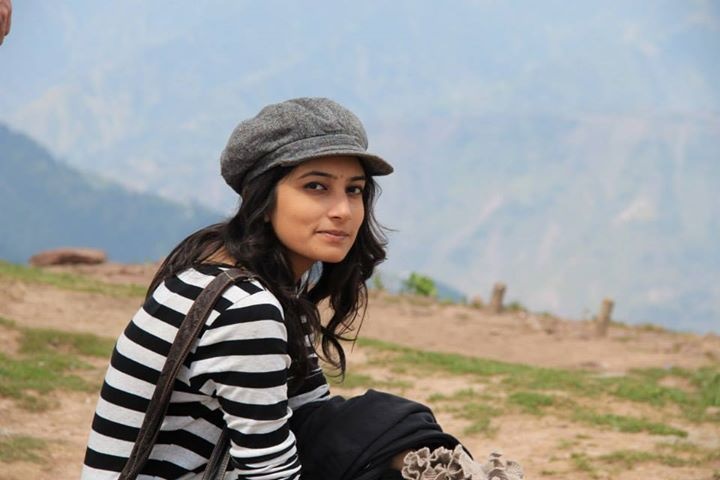 Gaming zone is a NO-GO AREA for women especially in Pakistan where gender discrimination occurs behind the veil of customs and traditions. It’s time we break the stereotype, hence, I reached out to the very talented Naiha Raza who is an internationally recognized digital artist. She has worked on many casual games like the popular Fruit Ninja, Blades of Battle, Order of Elements and Jetpack Joyride. All of these games have received recognition in both local and international markets. I was glad to have this opportunity to sit down with a great game designer and a creative person so I peeled back the layers of experience and got down to the nitty-gritty details of the passion that ticks her inspiration. We agreed on how well women are at games both as a player and as a designer. Now, men are amazing gamers too but women are no less, they can do equally good.

Naiha’s work has been reviewed by highly acclaimed artists like Tom Woodruff Jr (the artist working on titles like Alien vs. Predator, The Terminator, Jurassic Park, Jumanji and more) from Stan Winston School of Character Arts and one of her pieces was picked up for a live drawing by the talented Artgerm (Cofounder of Imaginary Friends Studios) from Singapore. She is also working as a freelance artist for one of the highly praised magazines in the digital art industry, Imagine FX based out of London.

See also: A Conversation with the CEO of Caramel Tech, Saad Zaeem

The story of Naiha Raza

We met over coffee at her place. Naiha is qualified as an architect from BNU, why if you must ask? She told me that she was always a creative person yet had the urge to become a scientist since she was experimental and enjoyed her lab classes. When it came down to picking a course; she chose to study architecture. From her perspective, stereotypes abound when it comes to art schools as well. People in our society have this notion that art school isn’t real work and is for students who couldn’t excel in other disciplines. There’s a misconception that painting and drawing are most definitely not as difficult as studying engineering or becoming a doctor. She indicated how there are a lot of stigmas attached to any art field in our society.

“Architecture is a combination of art & science which influenced my decision. Towards the end of my program, I realized that there was something else I enjoyed even more, which was games. I have always been a gamer girl, ever since I was a kid.”

With great enthusiasm, she continued telling me that the first game she played was an 8-bit game called Alley Cat. Interning at an architectural firm, Naiha decided to turn away from it in search for a new direction and a new career path. She tried all sorts of things, from graphic designing to web designing, but nothing really took a hold of her. One day, in a general conversation with a friend, while playing video games, it suddenly clicked her that she has good passion for gaming, could design graphics and create interactive architectural environment. This is when she started looking for a place where she could make video games. Another hardcore gamer friend told her about Caramel Tech which is a premier game development studio. “I never knew Pakistan took games so seriously, without wasting any time I sent in my resume and took a shot. In my interview, I met Saad Zaeem – CEO Caramel Tech who stated his vision regarding the company and took an exam.” Fortunately, enough she was offered a job at Caramel Tech where she began her career as a ‘Game Tester’.

“Saad is a smart level headed guy. It was sheer luck of mutual connection and somewhat how well I performed on my test which landed me to this opportunity. Caramel Tech provided an atmosphere to explore a comparatively nascent and exceedingly vibrant medium. Everyone on my team has sporadically been mentors to me. I own them a great deal for being where I am today.”

We might think that a game developer or designer just spends time having fun playing the good games. Naiha reveals how it is essential to play the not-so-good games as well. “If you want to be a good game designer you need to play the bad games first to know the ‘don’ts’. This is your core research work. You need to constantly keep looking critically of what other substitutes or rivals are developing in the industry to avoid failure and gain a competitive edge.”

“Learning also occurs when you take inspiration from the best.” She takes most of her spur from Feng Zhu who is good with environments and Artgerm aka Stanely Lau since he is meticulous and goes into tiny details. Darken and Karl Kopinski are also amazing illustrators to learn from. 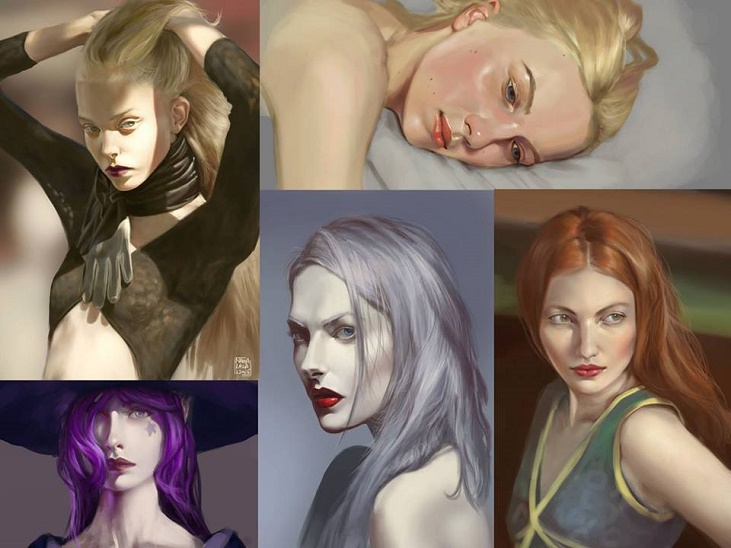 Naiha explained how game designing is a dedicated process just like any other designing progression. “It is a constant feedback loop. First off designers need to decide what the game is going to be, for instance, a car game. You need to list down details like how many cars are going to be there and what they might look like etc. Then designers conceptualize, research, build mood boards etc. Studying competition and existing games of the same genre is of highest importance. Then, it goes into production where a game is developed, it is continuously modified till desired end result is achieved.”

TechJuice asked her about the apparent controversy between the clothing of male and female characters. Usually, male characters in games get tricked-out armor suits, iconic headgear and outfits that fit their surroundings. Meanwhile, female characters are left with only sashes and a smile. Well, it was not the first time she got this question. Naiha took me back to when the gaming industry was just kicking off and games were mostly created by men. This is when female characters within games were very simple and overly feminine and were never the lead character of a story. A classic example would be Princess Peach of Mario games. 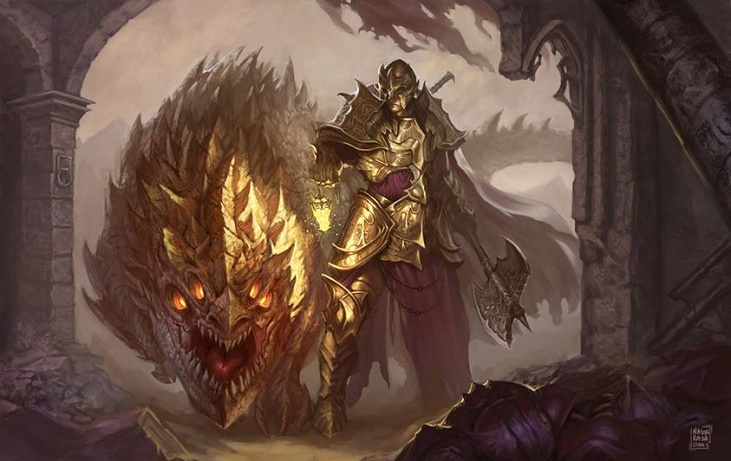 Times have changed and female characters are portrayed much stronger and with a higher level of intelligence. My favorite example of a female main character is Sarah Kerrigan of Starcraft who is incredibly smart, tough and has physical and mental strength. “Now whenever game characters are presented as subliminal advertisements clothed in skimpy outfits it is merely because it sells. On the contrary, you will be surprised to find out how many times questions are always raised in the industry to discourage the act. The last time they had a scantily clad women was in Metal gear solid, the latest version. It is ridiculous, how can anyone be combating and survive gun fires wearing torn tights? A lot of people have realized it as a major mistake in the industry and are trying to change that. It’s not just women, men are over-sexualized as well. Media is setting impossible body standards for both male and female which should be discouraged at all times.” 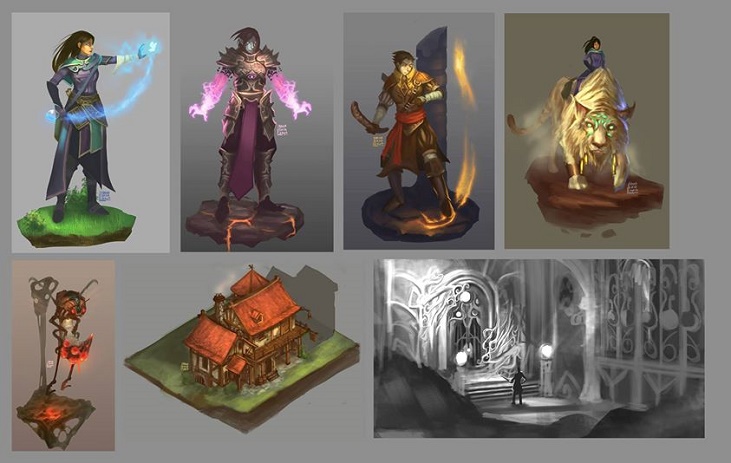 Naiha strongly wishes to build a school in Pakistan where she will be able to impart all the knowledge she has gained. She sees huge potential in Pakistan’s gaming industry with companies like GeniTeam, We R Play, Caramel Tech and Top Chart games like Whacksy Taxi, Mafia Farm, Fruit Ninja and more. “These hard-core game developers need a place which offers professional courses like animation, design, illustration, and visual communication, digital painting etc. The idea is to put Pakistan in the gaming world. There are no mentors available in Pakistan, so make most of what you have. DO not miss out on your technical art classes and self-study constantly.”

Naiha concludes with an advice for all the striving girl designers, “Laugh off when people give you that look where you feel like a mythical creature. Never get discouraged, get over it. There are almost as many “gamer girls” as there are gamer boys. For some reason, female bashers seem to feel threatened by women increasingly getting into a field they incorrectly consider as male-only. To be impartial, as much as female gamers get distraught many times male gamers are bashed as well.”

From real life experience, Naiha states that sometimes it becomes difficult to convince your parents that this industry is serious business and this is a real job. “If you have the love and passion go for it. Let’s not put all the people trying to discourage you in the same band and create another stereotype, look for people who encourage you and never give up.” 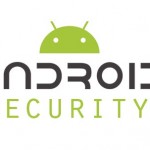 Report a security bug and get a hefty reward from Google