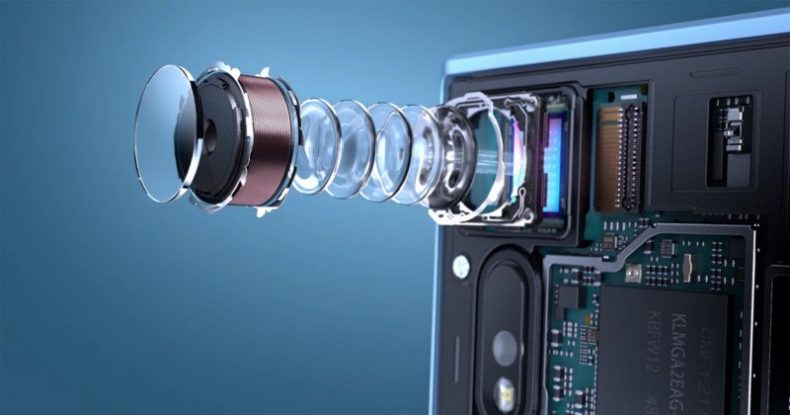 For many users, the most important hardware of a smartphone is its camera. People do care about storage and performance but most of the times they are concerned with getting better quality photos. To fulfill this need, some phone manufacturers are increasing the number of cameras in their upcoming flagships like Huawei Nova 3 is to sport 4 camera lenses while Samsung Galaxy S10+ is rumored to come with 5 cameras in total. On the other hand, Sony is busy in improving the overall image sensors as it has just announced the highest-resolution camera sensor, IMX586.

Sony is already well-settled in the image sensors’ market and now with its latest innovation, it offers the resolution of 48 effective megapixels (8000 x 6000) which as per the company, is the highest number of pixels so far. However, adding more pixels only wouldn’t result in better image quality.

As a matter of fact, the small-sized pixels could cause noise to the low light photos. But IMX586, using the 0.8-micron pixels – smallest in the industry – has the solution, which is using a quad Bayer color filter array which would make the pixels to use the signals from the four adjacent pixels, ultimately leading to increased light sensitivity and reduction of the noise. 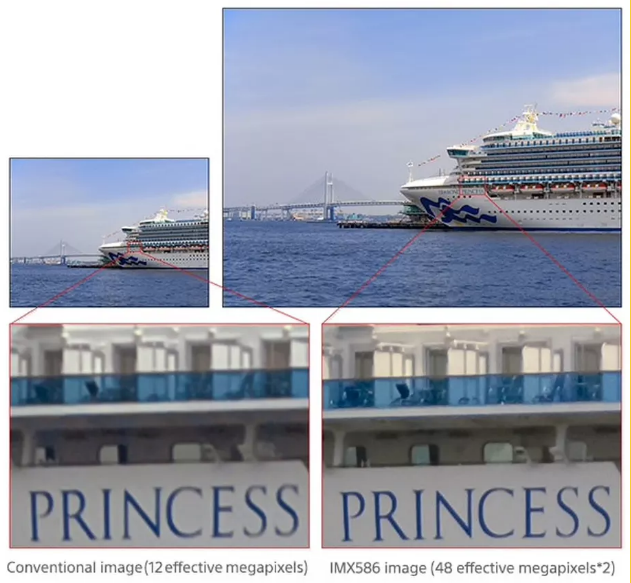 Image Source: Sony via The Verge

Not just that, the new sensor is claimed to have four times greater dynamic range than the previous cameras. The official blog post states, “Original Sony exposure control technology and signal processing functionality are built into the image sensor, enabling real-time output and a superior dynamic range that is four times greater than conventional products. Even scenes with both bright and dark areas can be captured with minimal highlight blowout or loss of detail in shadows while viewing the image on the smartphone display.”

The IMX586 sensors are set to be shipped on this September with per unit price of $27, reportedly. It will presumably be next year though that the smartphones would start coming with this sensor equipped.

What do you think of IMX586? Let us know down in the comments. For more news on technology, keep following TechJuice.