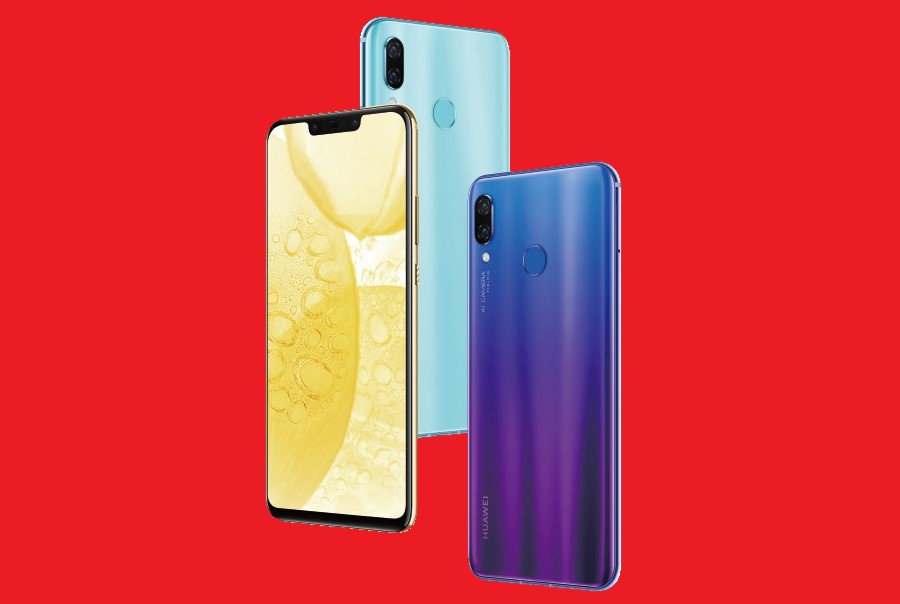 Huawei has officially begun pre-bookings of the Huawei Nova 3. The mobile has been in the rumor mill for quite some time now and while its official release was scheduled for July 18th, Huawei has gone ahead of its plans and started taking pre-orders of the Nova 3. The phone has a Kirin 970 chipset, which is the same chip present in the P20 Pro.

The Nova 3 comes with dual-lens camera setups in both the back and the front of the phone. On the back, one lens is a 16 MP RGB sensor with an aperture of f/1.8 while the second is a 24 MP Monochrome sensor with the same aperture settings. The front camera is what shocked me to a significant extent. Two selfie cameras have been placed on both sides of the earpiece, which I might add is present in the notch of the phone. One lens has a resolution of 24 MP while the second has a 2 MP resolution, primarily for portraits.

The phone is powered by a 3750 mAh battery which supports Huawei’s famous “Super Charge” feature. Coming to technical specifications, the Nova 3 runs on an octa-core setup, with 4 Cortex-A73 cores clocking in at 2.4 GHz while the remaining Cortex-A53 cores have a speed of 1.8 GHz. Additionally, the phone has 6 GB RAM paired with storage of 128 GB.

The memory and storage options are the same as that of the P20 Pro. While this might not be anything highly significant considering many of Huawei’s smartphones carry the same specs but considering how successful the P20 Pro is, the Nova 3 might be in for imminent success.

The Nova 3 comes with Huawei’s custom skin of Android, the EMUI 8.1, which is the latest version of the skin. Paired with Android Oreo 8.1, the Nova 3 is sure to be extremely fast and smooth. It also comes with Huawei’s widely-acclaimed GPU Turbo feature, which promises performance upgrades of up to 60% paired with an increase in battery efficiency of up to 30%.

Opera becomes the first browser to offer a native crypto-wallet