The Starship is massive, both in terms of its physical structure and in terms of what it hopes to achieve for humanity. With Elon Musk’s private space exploration company hard at work putting the Starship prototype through all the necessary tests, it appears that we will have a spacecraft capable of transporting generations of human beings to Mars sooner than we think.

However, running into problems is all part of the process, and SpaceX has always had its fair share of those. As a recently emerging video clip has revealed, the company’s Starship prototype “took off” in the worst way imaginable as it exploded during a pressure test in the company’s development facility in Boca Chica, Texas.

Called “SN1”, this early prototype was apparently going through a cryogenic pressure test. The partial rocket failed immensely after one of its tanks was filled with liquid nitrogen, according to NASASpaceflight.

Unsurprisingly, this isn’t the first time SpaceX has had to deal with a prototype going haywire. An even more basic version of the spacecraft called ‘Mk1’ popped its top during a similar pressure test in Boca Chica last year.

As thorny a situation as it might seem to an outsider, this anomaly has done little to worry SpaceX. In fact, the company is still very much intent on developing and testing the spacecraft; the second prototype (SN2) was being put together on one part of development site as the remains and fragments of the exploded SN1 were being cleared up on the other.

The company hasn’t commented on the situation yet. 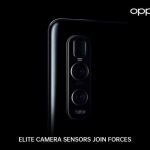