Federal Minister for Science and Technology Shibli Faraz Thursday said that establishment of the Special Technology Zones Authority was an important step towards realising the dream of a knowledge economy.

As reported by UrduPoint, he was speaking during a meeting with the Chairman Special Technology Zones Authority (STZA) Amir Hashmi, the former IBM executive who was appointed to this position by PM Imran Khan.

The federal minister said that these zones would help in the transfer of modern technology in the country and increase exports.

He said promoting new economic values for the development of the country was one of the priorities of Prime Minister Imran Khan.

The establishment of technology zones has led to overall global economic growth. Establishment of these zones in Pakistan is an important need of the hour, Shibli Faraz said.

These technology zones will provide employment opportunities to the youth and help utilize their potential and skills in constructive way, he added.

Speaking during the meeting, STZA Chairman Aamir Hashmi said that a total of 50 zones would be established in the country.

The establishment of these zones is being started from Islamabad and provincial capitals, Aamir Hashmi said. 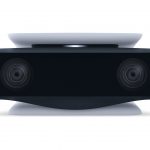