The Supreme court of Pakistan might end up banning YouTube too. while addressing the case of a man who was involved in a sectarian crime. the case was being heard by Justice Qazi Muhammad Amin and Justice Mushir Aalam. the court objected to the unregulated comments on social media platforms that addressed the Judiciary, armed forces, and government of Pakistan.

While highlighting the issue Muhammad Amin said: “ We have no objection to freedom of expression. Our salaries are paid from the money of the people, they have the right to raise the questions on our decisions and our performance. but, the constitution also grants us the right to privacy.”

The Justice remarked that the Family of Judiciary always gets scrutinized on social media. Justice Amin also asked the Federal Investigation Agency and Pakistan Telecommunication Authority had taken any action against the virtual events where judges and their families are being mocked by the citizens.

The spokesperson of Pakistan Telecommunication Authority or PTA told the court that it doesn’t have the authority to delete any controversial content online rather it can only report it. The judiciary also said that YouTube has been banned in several countries and that no one is allowed to post any video against the European Union and the US government bodies.

The Supreme Court submitted a notice to the foreign ministry of Pakistan as well as the Attorney General to resolve the matter. It seems like the digital platform of the country has been are fully monitored these days. Laws such as the Prevention of Electronic Crimes Act 2016 have been followed on a regular basis by PTA and FIA. 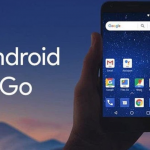