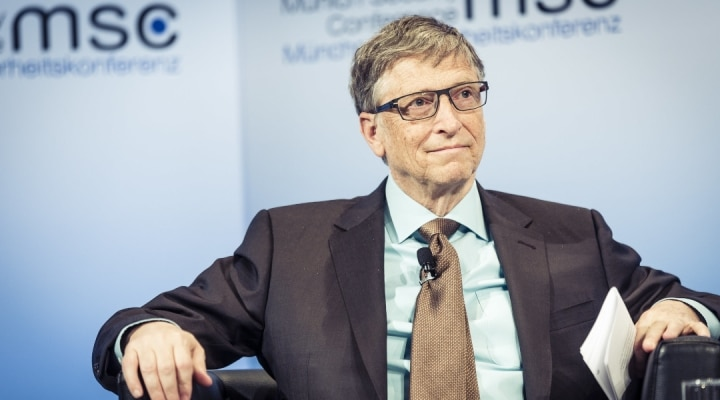 According to Bill Gates, the global hunger situation is so vast that food aid alone will not suffice. What is also required, according to Gates, are the types of agricultural technology advancements that he has long supported in order to reverse the disaster outlined in a report issued Tuesday by The Bill and Melinda Gates Foundation.

By putting technology first in tackling the world’s food issue, Gates offends detractors who think his ideas contradict global efforts to safeguard the environment. They point out that such seeds typically require pesticides and fertilizers derived from fossil fuels to develop.

“It’s quite gloomy in comparison to our ambitions for 2030,” Gates, 66, told The Associated Press. “I’m optimistic that we can get back on track,” he continued.

The major reasons for the rising food issue, according to Gates, are the war in Ukraine and the pandemic. However, his message to fellow donors and international leaders meeting in September for the United Nations General Assembly is that food aid will not enough.

“It’s admirable that people want to keep their fellow humans from becoming hungry when wars like Ukraine disrupt food supplies,” Gates says in the new paper. But, he claims, the actual issue is that many food-insecure countries don’t produce enough of their own food, a problem that will only be worsened by the effects of climate change.

“Temperature continues to rise,” Gates added. “Without innovation, there is no way to get close to feeding Africa. It just does not work.”

For more than 15 years, Gates has advocated for increased funding in agricultural research, highlighting maize seeds that grow at greater temperatures and in drier circumstances than other kinds. Those seeds were created under an African Agricultural Technology Foundation program to which the foundation has contributed $131 million since 2008.

According to Candid, an organization that studies charitable giving, the Gates Foundation has spent $1.5 billion on projects focused on agriculture in Africa since then. The Bill and Melinda Gates Foundation is the world’s largest private foundation, according to some measurements, and is best recognized for its focus on global health, notably vaccinations. It began in its current form in 2000, when Gates stepped down as CEO of Microsoft, the corporate behemoth he co-founded. According to Forbes, his net worth is over $129 billion.

Because of the foundation’s investment in agricultural development, Gates’ perspective on how governments should respond to food insecurity has taken on new significance in a year when a record 345 million people worldwide are severely hungry. According to the World Food Program, the total indicates a 25% rise from before Russia invaded Ukraine in February and a 150% increase from before the epidemic began in the spring of 2020. 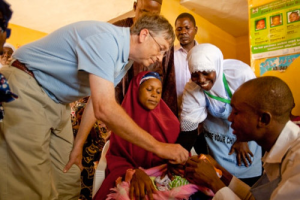 “What if that money were used to provide funding to Ghana’s national research institutions, create roads, storage, silos, or assist in the construction of markets?” said Rock, who has published a book about the country’s food sovereignty.

When pressed, Gates recognized the need for infrastructures such as roads and other modes of mobility.

“It’s just too expensive in Africa without that infrastructure if you want your inputs like fertilizer to come in if you want your product to go out,” he added, adding that building and maintaining roads is extremely expensive.

Kerr, a lead author on the food chapter of the International Panel on Climate Change’s latest report, stated that while the panel does not make recommendations, “overall, the kind of focus on a few technologies and reliance on fossil fuel-based inputs isn’t in line with ecosystem-based adaptation” or a biodiverse future.

The Gates Foundation’s CEO, Mark Suzman, supports the organization’s policy, stating that limiting farmers’ access to fertilizers prevents them from increasing their yields.

“Fertilizer is required. Without it, you simply cannot match the total productivity increases,” Suzman said on a conference call with reporters.

In an interview with the Associated Press, Gates downplayed accusations of the foundation’s concentration on genetically modified seeds.

“If there’s some non-innovation answer, like singing ‘Kumbaya,’ Gates remarked, “I’ll put money behind it. However, without those seeds, the numbers just do not work. If someone claims we’re ignoring any answer, I don’t think they’re looking at what we’re doing,” he continued.

Another initiative financed by the foundation is the creation of computer models that attempt to quantify agricultural loss caused by disease or pests. The objective is to focus research and solutions where they are most needed.

“It’s not only, how do we get out of this crisis and back to normal? “What will the future normal look like?” Cambria Finegold, director of digital development for CABI, the intergovernmental nonprofit that is producing the models, agreed.

Gates considers himself fortunate that his ex-wife has continued to devote time and attention to the charity. In reaction to the substantial setbacks created by the epidemic, Gates said in July that he would give $20 billion to the foundation, bringing its endowment to almost $70 billion.

Gates has been in the limelight in recent years for his charitable giving, investments, and public speaking, particularly on the issues of vaccinations and climate change. However, he has also been the target of conspiracy theories based on his work as a technology innovator and his position among the affluent and powerful.

Gates stated that he does not think about conspiracies and that the work of his foundation has nothing to do with his personal reputation.

“They’ve never heard of me or the charity,” Gates remarked. “Perhaps someone in the affluent world is reading something on the internet, but the people we care about have never, will never, and it’s not vital that they ever know who I am.”

Read:
Tech Billionaire Bill Gates is Emptying his Pockets But Still is the World’s Fifth Richest Person
Microsoft Board Opened an Investigation Over Bill Gates’ Prior Intimate Affairs with the Employees
One of the world’s richest men, Bill Gates is not a fan of the iPhone, prefers Android instead. 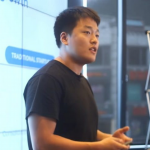