Water has always been a significant resource that runs life as we know it on this planet, its importance is obviously something that’s unmeasured and never-ending. Despite 3 quarters of the world being water, humans have had to face periods of droughts every now and then. The intensity has increased over the last century, where major drought patches have destroyed the land that once used to be fertile and strong.

An example of this is the western US states, which have been facing consistent droughts for around 22 years now! Scientists call this a megadrought, a drought so strong that it ultimately changes the climate around that area. Now a complete climate shift is something dangerous since it can affect all people, industries, wildlife and crops that used to live in that area.

Researchers from the South Western US States have prepared many different reports on the situation, and all of them show a constant decrease in the water level of two primary water sources, Lake Powell and the Colorado River. Such low levels have forced the government authorities to shift towards using stored water, just recently The Arizona Water Banking Authority announced the opening of its stored supply.

While urban parts of cities obviously face difficulties amidst low water levels, it actually farmers that have to face the worst of it. Such lengthy droughts and a limited amount of water might have put farmers under immense pressure.

It’s situations like these, where technology and research can come into play and help these farmers limit water usage and increase crop output. There are a number of different solutions that farmers around the world can try, the first of which is to switch towards indoor operations and switch towards vertical farming. Over the last few years, vertical farming has been tested successfully in different parts of the world and is reported to use 95% lesser water than conventional farms! Now that’s some numbers.

A farmer isn’t obliged to convert completely towards vertical farming, the best way for that would be to transfer around 15 to 50 percent of his farm towards vertical methods, and grow water-scarce crops in them thus saving a significant amount of water.

Water savings isn’t all that a vertical farm can provide you with, these farms also come equipped with a number of automation and technological tools which can allow faster growth. An example of this are LED lightning which has different modes for a variety of different plants thus allowing each one of them to grow their maximum. Software and analytics are also offered in these farms, which allows the farmer to measure plant growth while also looking out for important factors such as soil moisture levels, humidity, temperature, etc.

These farms will also help the world localize crop production since each region will produce its own vegetables. Once this happens, global warming caused by transportation vehicles will also decrease making this a win-win situation for the world.

While these farms may sound as if they have been brought down from the future, we have to realize that environmentally friendly steps like these are what will save the planet from global warming in the longer run. We are sent on earth with a limited amount of resources, and it’s only us that protect and preserve them for the generations to come. 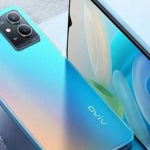