The Pakistan Telecommunication Authority has issued a warning that it may take some time before service can be restored to all of the telecom sites that had their operations disrupted as a result of the flooding (PTA). According to a spokeswoman of the PTA, the authority has worked with several telecommunications companies to restore service to more than 99 percent of the locations that were impacted by the outage.

According to a report from a government source, the devastation wrought by the floods and the heavy rainfall has rendered 3,386 locations unworkable. On August 28th, there were just 6.5% of sites in Pakistan that were accessible to people with disabilities. In less than ten days, 3,066 places were brought back online thanks to the persistent efforts of PTA teams and telecom providers. As of the right moment, there are fewer than 320 websites that are not operating properly, and there are attempts being done to get them back up. 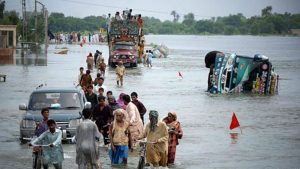 It is possible that restoring the remaining sites would take far longer than anticipated because many of them are still inaccessible. Because of the water constraints, it has been difficult for PTA teams and telecom firms to reach a number of different locations. According to him, some of the accessible places have been completely submerged in floodwater and cannot be reconstructed in a timely manner.

It has been reported that the Chairman of the PTA, Amir Azeem Bajwa, traveled to the areas that were affected by flooding and evaluated the steps that have been taken to restore the telecommunications network. The Chairman of the PTA has sent his appreciation to the members of the telecom industry as well as the PTA personnel for their assistance during the floods. 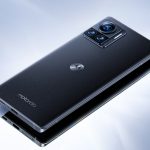