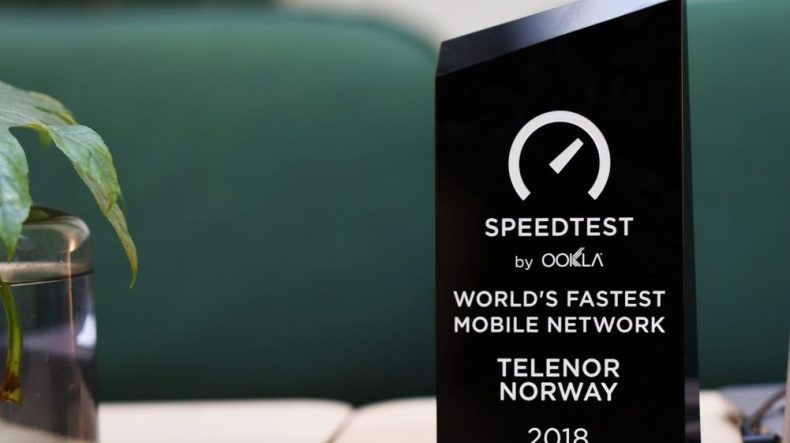 According to measurements by the US company Ookla, one of the world’s largest mobile telecommunications companies, Telenor has the fastest mobile network in the world. Ookla analyses the speeds from tests conducted by mobile customers throughout the world.

By the end of last year, approximately 120,000 speed tests conducted by Ookla revealed that Norwegian carrier Telenor was the world’s fastest mobile network operator for the second-quarter of 2018. However, the Speedtest data (by Ookla) recently ranked Telenor as the world’s fastest carrier for the whole of 2018; with the highest average download speed of 71.97 Mbps on modern (LTE-capable) devices.

Ookla is the global leader in fixed broadband and mobile network testing applications, and its service Speedtest is fairly popular to check the speed of your broadband or mobile network connection. Doug Suttles, CEO of Ookla, commented on the result, saying, “When considering the sheer number of networks on any continent, let alone on the whole planet, this accomplishment is truly staggering. Telenor Norway has set the standard that other mobile operators should strive for.”

While it’s hard to pinpoint what exact key factor is making Telenor thrive in the mobile network domain, maybe its Telenor’s close ties with the smartphone manufacturers. The latest flagships being equipped with the most advanced LTE modems, RF front-end, and four LTE antennas are faster and more suited to Telenor in terms of network efficiency. However, despite Telenor’s impressive run around the globe, Jazz is still ranked as the fastest mobile network within Pakistan by Ookla. So it seems that Telenor still has work cut out for it when it comes to providing a similar experience in Pakistan.