Tesla now worth more than $93 billion

Tesla has hit the $500 mark this week and it is the first time in the history that the stock price of Tesla has reached this level to be precise, $524.86.

The rising price of the stock reflects that the company is on its path and everything is going smoothly. As we look at the fourth quarter of 2019 Tesla delivered around 112,000 cars and 367,000 for the complete year. Tesla successfully achieved their target for the year 2019 as they have planned to deliver at least 360,000 cars.

This rising price of the stock is a big win for Elon himself. In 2018 the Tesla board announced a performance-based paycheck for Elon. The board member set certain revenue and earnings goals to convince Elon to provide his leadership for another decade. According to those targets if the value of Tesla stocks reaches $100 billion and either makes a revenue of $20 billion or earns $1.5 billion then Elon Musk will get the one percent of Tesla’s stock and that will worth $1 billion.

And if this never happens than Musk will get nothing for all the work that he has done in a decade. And to secure this 1 percent of the Tesla stock’s now Musk needs to focus on two things. First, as the value of the stocks right now is $93 billion it needs to be $100 billion and also achieve the revenue goal that is $20 billion which according to the company they have already achieved.

Tesla has already opened its factory in China and now plans to further expand to Germany. So it seems like Tesla is ready to hit the $100 billion goal with its loyal, growing customer base. 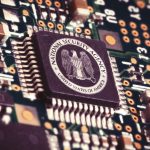