Important upgrades such as a bigger battery, better camera hardware, and a better main display have been added. However, the price still starts at $999

Announcing the phone, Samsung also announced some amazing and meaningful updates that have only increased excitement amongst users. The upgrades include a better-performing battery, a more high-quality camera and a better display than previous versions. Apart from upgrades, the company has also included some great colors thus giving users a variety of options to choose from.

Belonging to a higher price category, users were wishing for the Z flip 4 to be a little more affordable than the previous flip phones the company released. However, the price remained the same and the phone will be selling for $999, not making it very affordable for budget phone users, but budget is never a factor for foldable phones, is it?

Apart from the above-mentioned upgrades, the phone also has a better and more improved chipset. Namely, the Snapdragon 8 Plus Gen 1 outperforms the processor used in many devices released this year. The processor is paired with 8GB RAM, which increases the phone speed by two folds when compared to previous versions.

Beautifying the phone is also something Samsung has done with the Z flip 4, the phone has as compared to previous foldable phones a slimmer and smarter hinge, with the classic Samsung engraving on it. The height and width have also been reduced by a small fraction, whereas the thickness has remained the same at 15.9mm towards the ends. The thickness near the hinge also remains 17.1mm thus giving the folded Z flip 4 the same thickness as previous versions.

If the battery is an important factor for you, then consider yourself lucky since Samsung in the Z flip 4 has offered a 3,700mAh, a significant improvement over Flip 3 3,300mAh, which already was a good enough battery and ran a full day with a 100 percent battery. Apart from the battery capacity, the charging speed has also increased and is at 25W.

Available in four beautiful colors including bora purple, graphite, and new pink-gold and blue, the Samsung Galaxy Z flip 4 will be up for sale on August 26th. 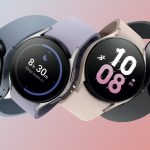