TechJuice > News > The government might end Saturday holiday for its employees

The government might end Saturday holiday for its employees 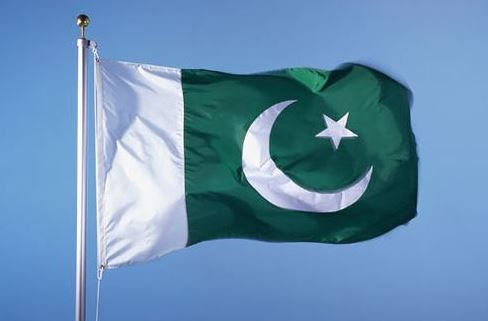 UPDATE: As per the latest update, Saturday holiday will ensue yet the 5-day week timings will be re-visited.

According to a tweet shared by Fawad Chaudhry, Federal Minister for Information and Broadcasting, one the agenda item for discussion at today’s Cabinet Meeting has been shifting from 5-day work week to 6-day work week.

An image circulating on social media which further looks at working week duration reveals that 5-day week was announced first in 2011 in order to tackle the power crisis in Pakistan. The government of that time was of the opinion that power consumption can be reduced by switching to a 5-day week.

The proposal has been put forth by the Establishment Division for the consideration and approval of the Cabinet headed by the Prime Minister Imran Khan. The idea is that the working week should be of 6 days as there is neither any study nor any evidence on how shifting the week to 5 days impacted the productivity of employees and power consumption in government departments. 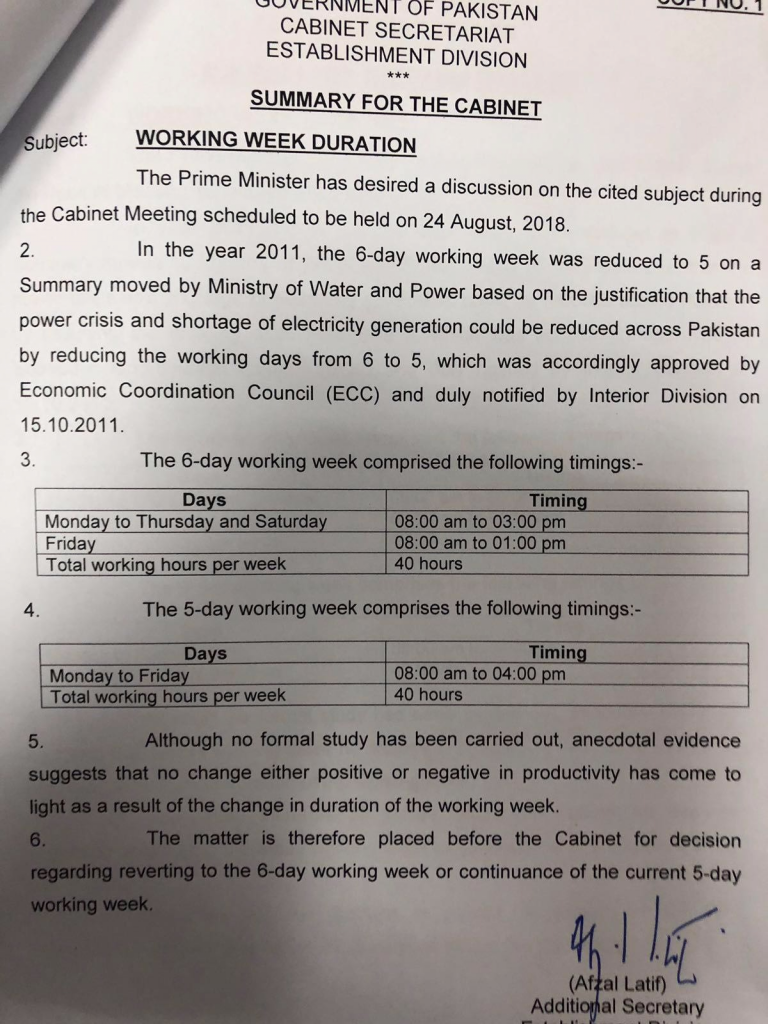 Although there is no official announcement on whether the 6-day week will ensue or not. Yet the move has not been well received on social media.

Government departments coming UNDER THE jurisdiction of Federal Government will be following the 6-day week — if approved in the Cabinet meeting today.

This is a developing story …