The Pakistan Telecommunications Authority has renewed the licenses of 3 of the major telecommunications companies working in the country this year. As such, they have collected license renewal fees from these companies in the ballpark of about 700 million US Dollars. These renewal fees are a non-tax revenue and will help to bolster the country’s current financial situations.

These fees are to renew the 15-year licenses granted to these companies in 2004 by the PTA. These licenses expired in 2019, and therefore must be renewed, for which the PTA has charge these renewal fees. The renewed licenses will allow the companies to operate for a further 15 years in Pakistan.

The most recent of these payments was made by China Mobile (CM Pak), when it deposited 37.16 billion in Pakistani Rupees (equivalent to 238.6 million US Dollars) with the PTA on 5 December.

Similarly, Telenor Pakistan and Jazz both deposited Rs. 35.262 billion (around $224.6 million) earlier this year in September. Both Jazz and China Mobile made the payment in local currency, while Telenor opted to pay in dollars.

The PTA took to twitter to let citizens know about this news. ‘Recent deposits from cellular mobile operators in license renewal fee to the tune of more than Rs107 billion will provide support to the national exchequer as well as to the economy. This also shows the positive contribution by the telecom sector and efforts of PTA,’ read the tweet.

This is just 50% of the total fees, however, as the actual cost of the license renewals are $450 million each for Jazz and Telenor and $470 million for China Mobile. This means there is a further $700 million to come from these licenses which will really help out the government in this time of crisis. 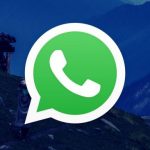