The story of Nauman Sikandar Mirza, CEO of foodpanda 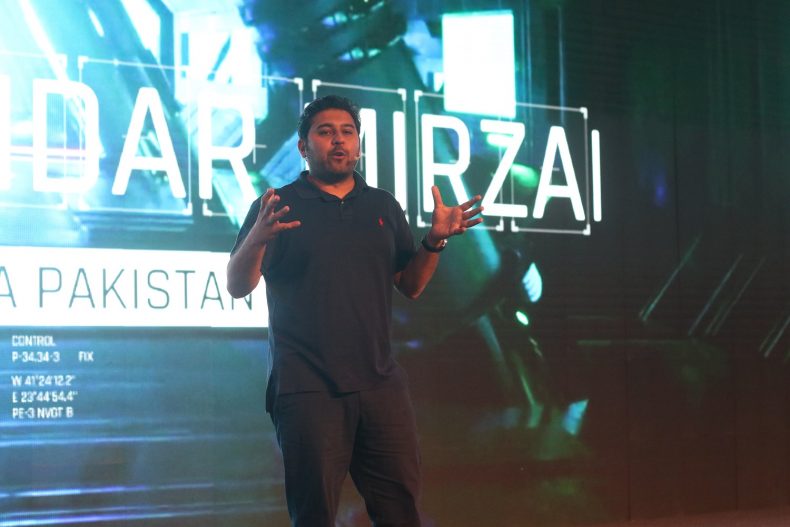 Nauman Sikandar Mirza, Founder of EatOye and CEO of Foodpanda, while sharing his thoughts and ideas with the attendees at Momentum Tech Conference, talked about his journey towards Foodpanda and how his desire to prove himself to his father helped him overcome challenges of starting a new business.

Momentum Tech Conference was taking place in Karachi from 19th to 20th February and hosted a number of distinct personalities of both the local tech space and the international community. More than 300 startups from all around Pakistan were attending the conference and displayed their idea to the rest of the world.

Nauman Sikandar Mirza told the crowd that he was always considered to be a failure by his father. Compared to his brother, who was an ace student, he was always weaker in studies. His desire to prove himself to his father, and the perception of western media about Pakistan as a dangerous and terrorist country, urged him to come back from Lancaster and start something which could present a positive outlook of Pakistan.

While searching online for presentation content, Nauman found this quote and he told the audience that he was thankful that he didn’t come across this saying before starting his first venture — Food Connection Pakistan. He started that company by selling his property to his own father. From the 1.6 million that he received from his father, and four team members, he started Food Connection Pakistan from his living room. Within only a year, he had a traffic of more than 1.5 lakh and online profile of nearly 3,000 restaurants.

However, due to lack of interest by restaurants in continuing doing business with Food Connection Pakistan, his first venture failed after only a year. Learning from his mistakes, he launched his second company with a shorter and more effective name, EatOye! Despite the fierce competition from an established company like Foodpanda, EatOye! prevailed and did more than 20 crore Rupees of business for its affiliate restaurants within its first year. This success resulted in Rocket Internet eventually acquiring EatOye! and merging its operations with Foodpanda. Nauman is now the CEO of Foodpanda Pakistan and has continued his amazing work in taking it to new and amazing heights.

Nauman stressed the point that it might be true that 80 percent of new businesses fail, but so do those people who are trying to boil an egg for the first time.

He conveyed the message to startups attending Momentum Tech Conference that starting a business is something which requires resilience in the face of setbacks and, most importantly, the ability to let go of an idea. A business idea which is not making money due to any reason, be that it may be that its business model isn’t working, or the investors are not interested, letting an idea go might be better in the long run than latching to it for the fear of being called a failure. Learning from failure is good, fear of being called a failure isn’t.

Nauman bought back his property from his father for nearly double the price that he originally bought it for. He proved himself to his father and everyone else who doubted him. The most important message that he conveyed was that nothing is standing in the way of our hopes and dreams, and everything that is dream-able, is also achievable.

We will be sharing more content and coverage from the Momentum Conference in the upcoming days. The story has been edited to correct the information.