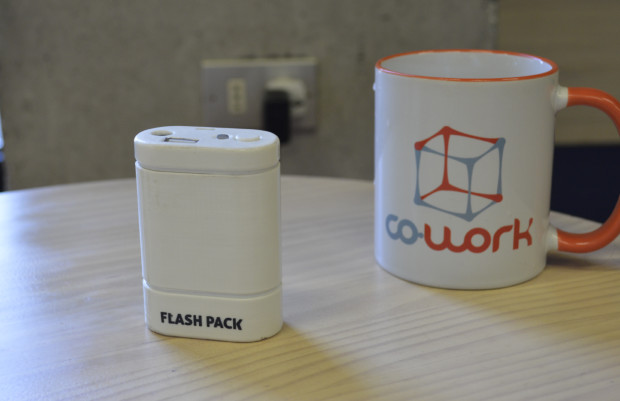 A Pakistani entrepreneur has launched an Indiegogo campaign for a small portable fast-charging battery bank that be charged enough in under 10 minutes to fully charge an iPhone 5.

Backed by NestI/O, a GIKI graduate Abdullah Soomro is aiming for a $30,000 funding goal with his product “Flash Pack”. It is a really small and portable battery bank that stands out from the rest of the numerous battery banks in the market with some unique features, like the incredible fast-charging and the ability to charge from almost any available micro-USB or laptop charger.

The Flash Pack comes with a 2500 mAh Lithium Nano Phosphate battery which, according to the product’s details, can be charged up to 10 times faster rather than the regular chargers. What’s even more interesting is that it can charge an Android phone/tablet, iPhones, iPads, Windows Phone along with essentially any other USB powered devices. To adjust between the varying device needs for optimum charging, the device is equipped with an auto-sense technology to adjust accordingly.

The little battery bank itself can be charged using two modes, 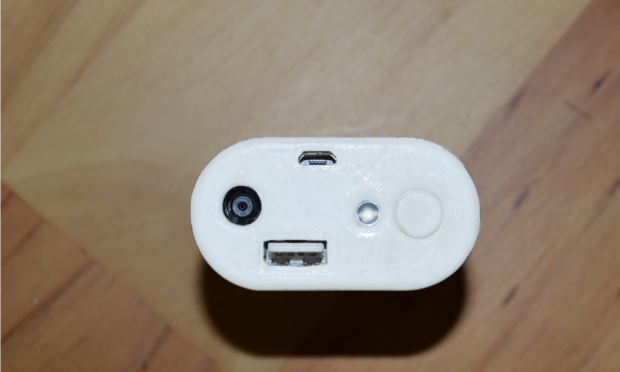 It is also equipped with an LED to indicate the charging level; red for less than 33%, yellow for between 33% and 66%, and green for more than 66%.

You can secure a simple Early Bird Edition of the Flash Pack for $50 (includes shipping) by going on to the product’s Indiegogo Campaign page. The product would start shipping by June 2016.

Even though the overall battery life of smartphones has improved over the past few years and most of them can survive through a heavy day, we still aren’t at the place where we can live without a charger for more than that. Battery technology is at a stand still and as a result, small cheap battery packs have been in demand recently. If funded, the Flash Pack with its fast-charging capabilities, can prove to be quite a decent product to come out from the Pakistani-market.

Note: a previous version of this article pointed out that the battery pack could charge an iPhone in 7 minutes due to some misleading information provided on the product page. The description read “Get Full Charge of your iPhone in just 7 minutes!” but what it really means is that the battery bank itself can be charged enough in 7 minutes to charge an iPhone. The content has been changed to reflect the original product description. 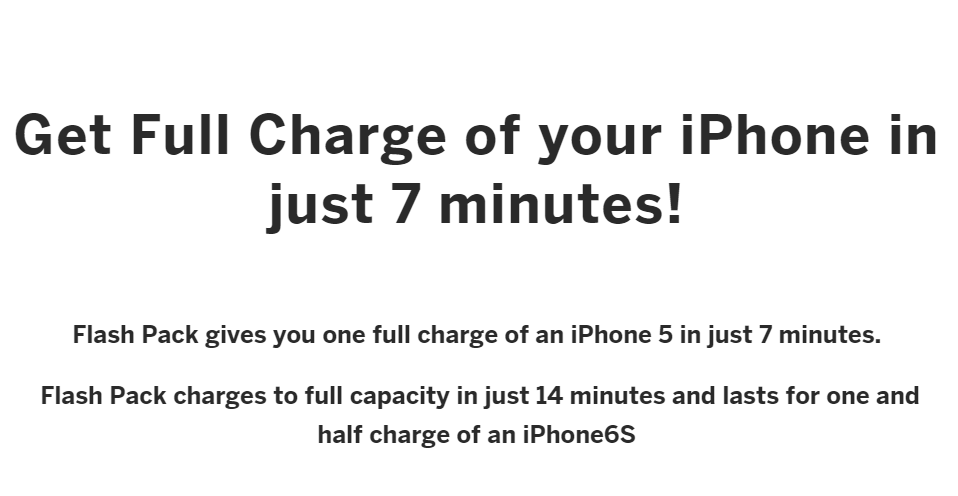 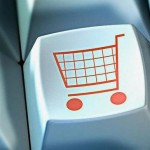