iOS remains one of the most popular mobile operating systems, second only to Android. If you are wondering how you can realize your idea through an app but don’t have the required skills, this article will help you out. Given below are the courses which will take you from zero to hero in app development for iOS devices using Swift 3 or other programming languages:

This is a fairly extensive course for iOS app development spanning over 49 hours of on-demand video and it has over 23000 students enrolled since it was created. It will teach you about the basics of Swift and through examples, different concepts of Swift will be covered. Example apps such as Temperature Converter, Astronomy Screen Torch, and others are available for reference.

Consisting of 5 modules, this course will start off first by explaining Mac OS X and how to start programming using Objective C. You will learn about custom classes, object life cycle and autorelease then move on to designing iPhone apps and integrating webviews and maps on your app. At the end of the course, if you pass a certification, you will receive a certificate from Alison. This course spans over 10 hours so it is comparatively less time consuming than the one on Udemy.

Udacity has a paid Nanodegree program on iOS App Development but for those who just want to learn the basics, this course is for you. You will learn about Swift and Xcode as well as storyboards and auto layouts to build user interfaces. According to Udacity, it will take you a month to complete the course so if you have time on your hands, you should take this course! 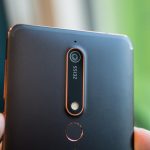