Considering the emphasis placed on social media by almost every worldly institution, ranging from the booming tech industry and formal corporate sector to the more intimate social circles, an online presence is an absolute necessity today. That coupled with the need to entertain ourselves is probably one of the reasons why we love posting stuff on our social network profiles. Posting stuff that people particularly like is quite an achievement, isn’t it? But what if it could mean more than just a boost to self-esteem and a trip to cloud number nine?

A majority of people don’t know that social media sites actually make hundreds of millions of dollars from the posts users share every day (in the form of ad revenue). Imagine having a share in this generous amount (and the things you could do with all that money, stuff you could buy, places you could go to). Thanks to social media upstart, Tsu, this idea is not just wishful thinking anymore and is actually quite a real possibility!

Internet analysts claim that the sale of ads targeted to user news feed constitutes a majority of the revenue generated by social media giants like Facebook and Twitter. However, CEO and founder of the Tsu network, Sebastian Sobczak, wishes to make users part of the money-making circle. Although the website officially launched in October 2014, it was able to attract a staggering 3 million users over a span of four months. Compared to Facebook, which was able to score a million users over a period of ten months, that is quite an achievement eh?

“We are fighting a philosophy. The status quo is everything is going to be free — your photos, your status on social (media). We just think there is a better way to do it,” Sobczak says describing his startup’s incentive. “If you are the contributor driving all value for these platforms, there are better ways for you to be compensated for your content.”

Tsu claims to share up to 90 percent of its ad generated revenue with users. So what is the story behind ad revenue and what is Tsu really promising?

Every time you share engaging content in the form of a status, photo, or videos that capture widespread attention from other users you successfully drive traffic to the network. Using the bait of advertisements for companies, the network in turn monetizes this user attention.

How does Tsu work?

For starters, you need an invite from pre-existing users to join the Tsu network. The rest is actually quite straightforward. Sharing content is as simple as it is on Facebook and Twitter. However, creating and sharing content that is engaging will help generate revenue for Tsu and that money will come back to YOU. The higher the number of followers and “royalties” a user is able to score the higher the potential for earning ad generated revenue.

“The markets we participate in are enormous, growing and can materially compensate each user — we’re simply and uniquely rewarding the users who are doing all the work. This is the way the world should work.” Sounds fair enough, doesn’t it? 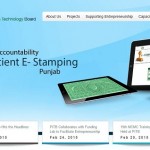