Last month Twitter shared a test of the audio clip in tweets. So, today the social media giant has released a feature that enables the users to share 140 seconds long audio clip In tweets. Though a selected number of users can access this new feature in iOS if all goes well, the feature will be widely available for users global.

The audio clip recording icon will be placed at the bottom right corner in the tweet. Once clicked, the users will be able t record the voice clip with the profile picture on the screen and a recording progress bar at the bottom.

Twitter’s team does not often make changes to its core functionality. Since 2006, the social media giant has gradually moved forward from short text snippets to supporting video clips, photos, and audio Gifs. Even though initially the audio clip will only be of length 140 seconds but it will automatically create a thread of tweet if the user’s recording stretch past the duration limit.

Rolling out today on iOS, you can now record and Tweet with audio. pic.twitter.com/jezRmh1dkD

On this matter, the team of Twitter said: “Over the years, photos, videos, Gifs, and extra characters have allowed you to add your flair and personality to your conversations. But sometimes 280 characters are not enough and some conversational nuances are lost in translation. So starting today, we are testing a new feature that will add a more human touch to the way we use Twitter- your very own voice.”

The audio feature has been trending in the world of social networking from quite sometimes. Over sometimes, podcasts have gained a lot of popularity with companies like Spotify that are investing a large amount of money in content acquisition and startups. Silicon Valley on the other hand started funding an audio-based social network known as Clubhouse. 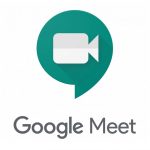 Google brings Google Meet to Gmail for iOS and Android